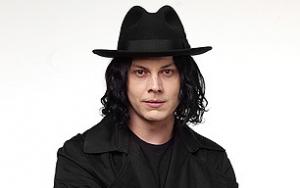 Jack White is a musician, record producer, designer, writer, actor, singer, songwriter and also an instrumentalist. He is known for his solo album, Blunderbuss.

Jack has been married and divorced twice, till date. The rumors about the affair and marriage of Jack and Meg White started long back. However, the couple stated that they are having a sibling relationship and it has nothing to do with romance. However, in 2003, it was proved that they got married long ago and did not comment on their relationship. When asked about it, Jack said that he and his wife are the siblings who mated for life. He agreed that they got married in 1996 and divorced her in 2000, long before the relationship was proved. It was said that he took her last name and did not drop it even after the divorce.

In 2003, he was in a relationship with Renee Zellweger. Their relationship was the hot topic of coversation during the filming of ‘Cold Mountain’ movie. Later, they acknowledged the relationship publicly. It was said that Renee broke up with her boyfriend in 2004. He then married Karen Elson, in 2005. He has two children out of this relationship. They announced that they are undergoing a separation on their sixth anniversary. They got married in the middle of the Amazon river on a Canoe. It was Karen who initiated the separation from her former husband. She got the marital house and gets $62 thousand per month for child support. Jack got to keep his musical rights, businesses and the loyalty. Jack gets to spend 150 days with the children, every year. It was stated that the main reason for the separation was he bullied her a lot and tried to keep her into submission. There was a lot of violence in their marital life and she contacted her lawyers during an aggressive violent time. He totally denied it. Karen threw a party to mark her separation.

The sources near to them agreed that their marital life was totally bitter, for the last few months. There were no evidences to prove that he was very aggressive with her. She was not known to have had a boyfriend, at the time of separation. Jack was also not known to have cheated on her with an extramarital relationship. The details about his first separation are not known to the public. He said that Meg did not support him when he was down. He said that Meg never had good communication with him. Whenever he wanted to talk to her, he had to drive to her house. She never appreciated him for his work\. Even when people praised his work, Meg used to be silent. He said that she was an excellent drummer and when he used to perform with her onstage, all the other differences seem to fade away. However, she did not understand his importance in the band. He never mentioned what actually initiated the separation. Meg never talked about her relationship with him. She then got married to Jackson Smith in 2009 and divorced him in 2013.

FAQ: How old is Jack White?