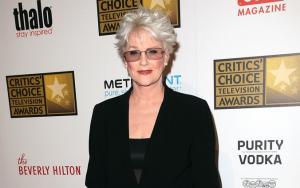 The beautiful actress Sharon Gless was born to proud parents Marjorie and Dennis J. Gless on the 31st of May 1943. She was born and brought up in Los Angeles, California. She has a famous family line. Neil McCarthy, her grandfather was once the attorney of Howard Hughes. It was a fertile place for budding actors and Sharon took help of her maternal grandfather to find the right way to get in to acting. However, her grandpa was not in favor of her decision, but after few years seeing her inclination towards the art he agreed upon to encourage and fund her classes. Meanwhile, Sharon did jobs with companies like General Film cooperation, Young and Rubicam, Sassafras films and Grey Advertising. Slowly she changed her mood for mainstream acting and landed in a contract of 10 years with the Universal Studios.

Gless did small roles in various TV based programs, both series and movies. She started in the year 1973 with Faraday & Company. Later she landed into the pivotal role of Kathleen Faverty in the series Marcus Welby, M.D. Sharon joined the show midway in the year 1974 but easily mingled with the cast hence make a smooth running show. Her career took a great start from this venture and she was a known face in the television industry. Gless landed in the character of Christine Cagney for the show Cagney & Lacey. On the sets of the show she met Barney Rosenzweig, who was the executive producer. They dated for a while and married in the year 1991. Sharon has till now received six nominations for Emmy Awards and managed to win two of them. For her character Cagney, she has been able to grab two subsequent golden globe awards. Her most recent appearance on TV screen was in 3 episodes of the drama series ‘The Exorcist’ in the role of Chris MacNeil.

Gless’s biography shows that she has been an active theater artist throughout. Her debut on stage was with the play Watch on the Rhine, presented at the Stage West located in Massachusetts. She has been a part of various plays and her most recent act was seen in the play A Round-Heeled Woman; she portrayed the author Jane Juska of the book of same name. Talking about films, Sharon has appeared in a handful of them portraying strong characters. Few of these movies include The Immigrants in 1978, The Star Chamber in 1983 and Hannah Free in the year 2009. Last she was seen in the film Once Fallen in the role of Sue.

Sharon has a beautiful married life with husband Barney Rosenzweig. They are happy together and there is no rumor of separation. Although she doesn’t have children of her own, she is happy in reaping the benefits of having kids through her step children i.e. Rosenzweig’s daughters. Gless has an active acting profile and she loves her work. This love for her work has brought her an estimated net worth of 10 million USD.

FAQ: How old is Sharon Gless ?