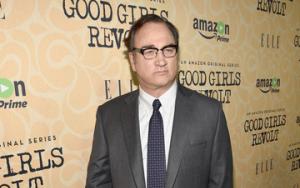 Jim was born as James Adam Belushi to a middle class family in Chicago. He was born on 15th June 1954 to Agnes Demetri Samaras Belushi and Adam Anastos Belushi. His father was an Albanian. Jim was brought up in Wheaton which lies in the outskirts of Chicago. He has 3 siblings who too lived there. His siblings are, his elder brother John, Marian,his sister and Billy their youngest brother. Jim is also known as James Belushi, Zee Blues, and ‘The Belush’.

He pursued his degree in Speech and Theatre Arts from the Southern Illinois University Carbondale after his graduation from the Wheaton Central High School. Like his sibling John Belushi, Jim also joined The Second City which was a theatre society in Chicago. It was during this time he did his first role in film ‘Who’s Watching The Kids’. He also did a small role in The Fury by Brian De Palma. Jim did his first major role in Michael Mann's Thief. He lost his elder brother John in 1983 and after that he was seen in Saturday Night Live. He presented characters such as Hank Rippy from ‘That White Guy’ and ‘Hello Trudy’. In ‘Trading Places’ he did a role as a man of is drunk dressed like a gorilla.

Jim did a major roles in The Man with One Red Shoe in 1985, Salvador, About Last Night, Little Shop of Horror all in 1986 which brought him opportunities to do leading roles in other films. He has done good roles in numerous films which includes The Principal, Red Heat, K9, Homer and Eddie, Taking Care of Business, Wild Palms, Only the Lonely, Mr.Destiny, Once Upon a Crime, Curly Sue, Race the Sun, Royce, Dimenticare Palermo, Separate Lives, Jingle all the Way, Joe Somebody and Angel's Dance,etc.

Jim is also a voice artist and has done many dubbing roles. His dubbing works are Babes in Toy land , The Pebble and the Penguin, Hey Arnold!, The Mighty Ducks, and Gargoyles. Recent dubbing examples of Jim are The Wild, Scooby-Doo! and the Goblin King and Hoodwinked. He has also dubbed games for Personal Computer. Examples are Salty in The Last Resort, Masked Mutant in video game named Goosebumps, etc.

After a long time in 2008 Jim was interested in his Albanian descend. Jim received his citizenship in Albania in 2009 on October 9th.To talk about his personal life, Jim has married thrice. He has a son, Robert James, who is also an artist, in Sandra Davenport, his first wife whom he married in 1980. He then married Marjorie Bransfield in 1990 but that lasted only until 1992.His ex-wife is an actress. He is married to Jennifer Sloan from 1998 onwards. They have two children, Jamison Bess and Jared James.Jim has a networth of $25 Million. His biography is available in the internet and he can be followed on Twitter and Facebook.

FAQ: How old is Jim Belushi ?