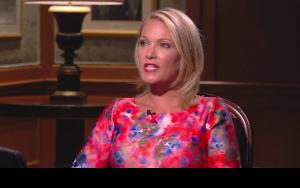 Shauna Lake is known as an American news anchor. She is most famous for her work at KUTV.

Shauna Lake was born on August 10, 1970, in Sacramento, California. She grew up with two brothers named Jared Lake and Kevin Lake. Shauna graduated from Brigham Young University, in Provo, Utah, where she earned her bachelor’s degree in Broadcast Journalism.

Shauna Lake got married to Todd Nathaniel Marshall. They remained together for quite a while, however when the couple experienced many unpleasant patches, they threw in the towel and got divorced. Shauna and Todd petitioned for legal separation in 2016.

Shauna is the proud mother of two children, Luke Lake Marshall and Cole Lake Mashall. Luke Marshall played football for his high school team, they were very close to winning their State Championship game but didn't make the cut.

Shauna Lakes’s first job after graduating college was at an ABC affiliate station in Bangor, Maine. In 1994, Shauna Lake moved to KUTV in Murray, Utah and has worked for the news station ever since. When she first joined KUTV, Shauna anchored the Morning and Noon show as well as doing Weekend show with Brian Mullahy.

Her responsibilities and assignments have changed over the years. Shauna now anchors the news broadcasts along with co-anchor Mark Koelbel. Shauna also hosts a weekly segment for KUTV entitled Person to Person in which she interviews various local celebrities and Utah personalities. Shauna Lake has been honored twice by the Utah broadcaster’s association for her work with the charitable group, Wednesday's Child.

Her massive experience is the main reason why Shauna is viewed as one of the top anchors in Utah. She is additionally known for her sympathy, energy, and a solid propensity for truth.

After the split from ex-husband, there was an issue that stood out as newsworthy in the local news when her former spouse got into a fight with Shauna's companion and co-worker, Mark Koelbel. The court ordered Todd to take care of the medical fees of Mark and he was also sentenced to three years of probation.

Todd conceded to aggravated assault resulting in serious bodily injury which is a second-degree felony. He also got a reduced charge of burglary which is a third-degree felony. As part of the verdict, prosecutors made a deal to avoid looking for prison time and excused extra wrongdoing accusations of criminal activities.

Marshall went to Lake's Holladay home to drop off some clothes for their children. He at that point drove his way into the house when the entryway was opened and gone up against Koelbel, who was inside, as indicated by police records. Marshall came into the home saying, "Send out the tough guy!" and at that point started hitting Koelbel who is distinguished in court records as M.K. and endeavoring to choke him around the neck, the charges state.

Tending to the appointed authority during the hearing, Koelbel portrayed Marshall jumping on him, breaking the seat he was sitting in and bringing both of them colliding with the floor with Marshall's full weight on Koelbel.

Help us Edit this article and get a chance to win a $50 Amazon Gift card.
Last Modified: Apr 2 2020
You may also like
articles you may like