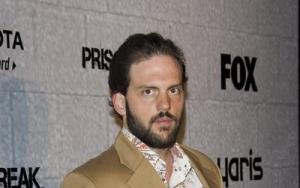 Silas Weir Mitchell is known as an American actor. He is most famous for his role on Grimm.

Silas Weir Mitchell Neilson was born on September 30, 1969 in Philadelphia, Pennsylvania. He is named in honor of a famous author and physics expert of 19th century Silas Weir Mitchell. He spent his childhood in the city of Philadelphia and got his education there too. He first began his enlightenment in The Montgomery Country Day School. After that, he became a student at Saint Paul's School which is a boarding school located in Concord, New Hampshire.

After finishing high school, Silas contemplated on what he wanted to do next. More education was on his mind as the best next thing so he decided to enroll at Brown University. He finished college in 1991 with a bachelor's degree in both religion and theater. The aspiring actor pursued his education even more and became one of the students at the University of California where he got his master's degree in Fine Arts. After finally being done with all of his education, Mitchell moved to the city of New York and started to act in various plays that were produced in many theaters.

Silas Weir Mitchell began his career in theater but what really interested him was working in movies and TV shows. His first appearance was in 1995 when he got a role in CBS's crime drama Silk Stalkings. His character was named Peter Raymond Wicker and it was a minor role. However, it was a good start to his professional acting career.

Silas went on to appear in all kinds of projects. Silas is known for playing volatile characters and one of his trademarks is an intense and unsettling stare. His more memorable performances include playing Dougie in a mystery science fiction television series called X-Files. He also played Dion Corelli in HBO's drama Six Feet Under and Donny Jones in a comedy series called My Name Is Earl which was a Greg Garcia creation. The comedy was one of the more successful comedy shows in NBC's recent history. Silas Mitchell was one of the main character's best friends, an ex-con. One of his most recent roles was that of a character named Ralph Mercer on the CBS drama, The Mentalist.

He went on to join the set of NBC's Grimm, a TV series that became a favorite of supernatural drama fans. Silas was one of the main members of the cast and was on the show from 2011 to the final season in 2017. Mitchell had a breakout role as wolfman Monroe on Grimm. The show is a mix of police crime and fantasy. The protagonist, Nick Burkhardt is a Portland police murder analyst. In the pilot, Nick learns that the fantasy animals in Brothers Grimm stories weren't just fantasy.

Silas is married but the identity of his wife is not known to the public. Silas really likes to keep his personal life to himself and not share details with the rest of the world.

FAQ: What is Silas Weir Mitchell networth in 2020?