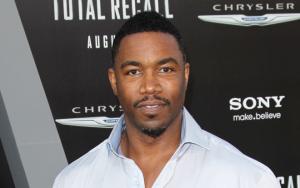 Michael Jai White was born in 1967, November 10 in New Rochelle, New York. When the actor was a teenager his family decided that the best thing for them to do is move. They went to live in Bridgeport, a city in the state of Connecticut. There Michael went to Central High School and he finished it in 1985. The actor is without a doubt one of the biggest experts in martial arts in Hollywood. He has 9 belts in different types of fighting styles, from Tae Kwan Do to Kyokushin. White has also worked as a teacher and was one of the favorites among his many students. When sharing his life in the world of teaching White revealed that despite the fact he likes the music genre of hip-hop it does not feel right to be a supporter of this music since he saw how much negative things it did to the children he was working with while teaching. The young people and their inexperience with real life made it hard to see that the real world and the world of hip-hop are two completely separate things.

One of the first movies the actor is known for is HBO's Tyson, a biography film about a famous boxer Mike Tyson. Since then the actor appeared in numerous movies and TV shows including Christopher Nolan's hugely successful batman adaptation The Dark Knight as well as two Mortal Kombat movies – Mortal Kombat: Rebirth and Mortal Kombat: Legacy. The actor also featured in different music videos. These include the likes of Busta Rhymes, Mariah Carey, and Calvin Harris. All these musicians worked with Michael. The actor is also known for his television work. He was in Black Dynamite, an animated series which he was also responsible for creating and writing. Most recently he appeared in CW's Arrow, a superhero television series featuring the adventures of Oliver Queen, or the Green Arrow. White appeared in an episode as Bronze Tiger.

Michael Jai White is a talented person since he has also done some writing and producing. Moreover, he was a director of a martial arts film Never Back Down 2: The Beatdown.

The actor is a huge fan of martial arts and to stay in shape he tries to workout as much as humanly possible.

His first wife left him after 6 years of living together in 2011. After four years White got married a second time to Gillian Iliana and the two have been together since then.

The actor has a net worth of about 3 and a half million dollars.

Despite the fact that Michael Jai White had a long career he does not have any awards. He does, however, have a couple of nominations including Image Awards in 2011 and 2013 as an Outstanding Actor in a Television Movie, Mini-Series or Dramatic Sequel.

It should not be surprising that a guy with so many different talents is a well-known person. Michael Jai White did a lot of acting work in the past but it seems that in recent years he decided to spend more time behind the camera being a writer or a director. It is certain that he is putting his talents to good use.

FAQ: What is Michael Jai White networth in 2020?