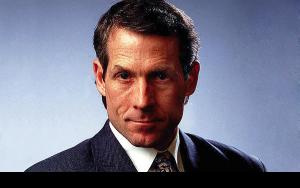 Skip Bayless is a TV host, commentator, and sports journalist. His christened name is John Edward II, but he has always been called as ‘Skip’. He co-hosts ESPN’s top-rated program, ‘First Take’ with Stephen A. Smith. He is in fact credited with leveraging ‘First Take’ rankings and for making the show one of the most popular shows in this segment in  United States.

Skip Bayless was born in Oklahoma City, Oklahoma on December 4, 1951. His parents called him ‘Skip’ (as in ‘skipper of the ship’). Skip was the eldest of three children. He has a brother and a sister. Skip’s parents were in the field of restaurant business. They owned a successful barbecue restaurant, ‘Hickory House’ in Oklahoma City. Unfortunately, he now admits that he always felt like the black sheep of the family.

Unlike his younger brother, Rick Bayless, Skip was not interested in the restaurant business. He loved sports instead, from a very young age. His love in sports led him to  participate in sports and athletics throughout his academic career. He played baseball and basketball in school and was a member of the National Honor Society, a nationwide organization with chapters in many high schools. Skip was not just an ardent sportsman, he also loved to write about sports. In fact, he attended Vanderbilt University on a Grantland Rice Scholarship (Grantland Rice was a sportswriter). OnceSkip was at the university, he went on to become the sports editor of his university’s newspaper, ‘The Hustler’.

Perhaps Skip’s all-consuming passion for sports as a young boy is not surprising, considering how bad things were at his home front. He has openly discussed his parents’ alcoholism, although he has been more vociferous about the abuse he suffered from his father, even calling him an “evil man”. But he has attributed his rough upbringing to his success, saying that as he was alone, he had to become self-sufficient and resilient. After his father died, he legally changed his name to Skip, cutting off his final connection with him. He even refused to carry his casket. In 2012, Bayless described the last major conversation he had with his father:

FAQ: How old is Skip Bayless?