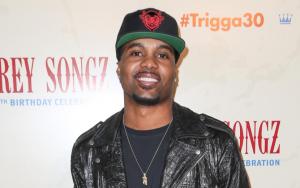 Steelo Brim is known as an American actor and media personality. He is most famous for being a host for Ridiculousness on MTV.

Sterling Steelo Brim was born on June 5, 1988 in Chicago, Illinois. His two parents worked as pastors and he was raised with brothers and one sister. In the year 2001, Brim had a small role as Sterling in the film called Hardball when he was only 19 years old. He went to live in Los Angeles when he wanted to pursue a career in the music industry.

Steelo has not had any public high profile relationships but there rumors that he was briefly dating his co-host Chanel West Coast from MTV's Ridiculousness.

Steelo Brim was working in A&R and the radio industry before the meeting with pro skater and entrepreneur, Rob Dyrdek. Rob invited him to become the co-host of the MTV show called Ridiculousness together with Chanel West Coast. The show is about the funny viral videos that are being watched online which also include failed stunts. By the eight seasons of the show, Brim held the position of being a creative producer for the show.

He has also appeared in other Rob Dyrdek productions like Wild Grinders and Fantasy Factory. From 2009 to 2015, Steelo was happy to be part of Fantasy Factory as it grew into a famous television reality show. In 2011, he acted in a short film named "Orange Drive" in the role of Ulysses Williams. He played the voice of Meaty in the TV series, Wild Grinders.

In 2015, Steelo was accused of sexual assault by a porn star in the year 2015. He faced a police investigation after an official complaint was filed adult movie star, Mary Jean Varga. She stated that the incident happened when she was hanging out with Brim on a Friday night. Varga claimed in her complaint that Brim tried to grope her and demanded to get physically intimate, while she was driving around Central Park South in New York. After being refused, Steelo allegedly punched her breasts and grabbed her crotch. When the adult star threatened to report the matter to the police, Brim allegedly jumped out of the moving car, hurting his arm and damaging his Rolex watch.

Varga immediately went to the police and reported a sexual assault. Brim denied the allegations, calling the claims absurd and phony. He further claimed that he was held hostage by the adult star and jumped out of the moving car to escape. An insider close to Brim told the New York Daily News that the girl was totally lying and Brim never attempted to rape her ."God knows I could/would NEVER!! Thanks for the love," tweeted Steelo.

Varga was furious that Brim not only denied all the allegations but was also trying to play the victim in the case, "No one should ever go through what I went through. I did everything I could to defend myself."

FAQ: How old is Steelo Brim ?