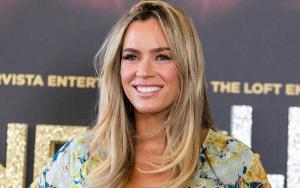 Teddi Jo Mellencamp, a reality TV star, model, actor, fitness trainer, and social media personality is most known for The Real Housewives of Beverly Hills" in which she appeared for three seasons, and also as the daughter of legendary singer John Mellencamp.

On July 1, 1981, Teddi Jo Mellencamp was born in Bloomington, Indiana. The birthname assigned to her was Teddi Mellencamp Arroyave by her parent John Mellencamp and Victoria Granucci. Teddi changed her name while she was a competitive equestrian at a young age. Teddi's father was a famous musician who was inclined to the Rock genre. Teddi's parents later got divorced in 1981.

Teddi has a sister Justice Mellencamp, who grew up on Hilton Head Island, South Carolina, and she also has two half brothers, Hud and Speck, and a half-sister, Michelle. She was a sports enthusiast and always wandered and enjoyed playing outdoor games growing up. She even won the stakes class when she was 17 years old, after which she worked for CAA and UTA.

Teddi stepped in her career, beginning as a fitness instructor and coach, and enlisted as a CAA and UTA employee. With career passion and love of what she was doing, she began focusing more on the job. She started her career with the motive to aid and lead others to live healthier lifestyles. But in 2017, her path took a sudden direction as she debuted in Hollywood by appearing as a guest star on season 8 of The Real Housewives of Beverly Hills, a popular reality show. With her entrance, Lisa Vanderpump, Kyle Richards, Lisa Rinna, Erika Jayne, Yolanda Hadid, and Eileen Davidson joined Mellencamp as the show's main character. Mellencamp's has a growing business in fitness, and her website is called the LA Workout Junkie.

Since her television debut, she has joined and acted in various shows such as "The Wendy Williams Show," "Strahan & Sara," and "Home & Family." Teddi has plans devised for upcoming shows like Celebrity Page and Steve. With tv, debuts checked, she made her first feature film debut as Mrs. Stallings in Next Level in 2019.

Mellencamp is the founder and proprietor of "All In by Teddi," a lifestyle and fitness brand, in addition to starring on "The Real Housewives of Beverly Hills." The company has been chastised for its lack of openness, use of inexperienced health coaches, and radical procedures. Former clients claim they were put on dangerously low-calorie diets, claiming they were given as few as 450 to 500 calories per day. In a statement on the dangers of this diet, registered dietitian Abby Langer said that anyone who consumes so few calories is "starving [themselves]."

Teddi Jo Mellencamp is married to Edwin Arroyave, a musician and actor. Edwin co-star "The Real Housewives of Beverly Hills" and is also the founder and CEO of his security firm, "Skyline Security Company." Since July 7, 2011, they have been married and have two children, Slate Arroyave, daughter, and Cruz Arroyave, son. Teddi mentioned that she had difficulties giving birth to their children, but she is expecting a third child.

Together with their children, the couple resides in Hollywood Hills, Los Angeles. With everything going smooth with her husband, Teddi was once committed to a relationship with Matthew Robertson.