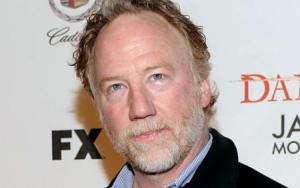 Timothy Busfield is known as an American director and actor. He is most famous for his roles in thirtysomething as Elliot Weston. He also starred in The West Wing as Danny Concannon.

Timothy Busfield got his first big break when he was cast in the film, Field of Dreams. He then went on to increase his fame with roles in the TV shows, The West Wing and thirtysomething. For his role in thirtysomething, he won one Emmy and was nominated for three.

During his career, he has had many silly roles. He played the nerdiest of the "Revenge of the Nerds" characters. He's also worked for some of the most serious big names in the industry including Aaron Sorkin, Robert Redford, and Ken Olin. In 2020, Busfield had an extremely busy schedule. Subsequent to filming six "Almost Family" episodes, Busfield went on to work on "Forever" in New York. He then started drafting plans of doing the "Thirtysomething" spin-off in Vancouver. Producers were approached many times about bringing the show back. They declined until finally agreeing that the show could find a new audience along with connecting with viewers of the original show.

Timothy Busfield married and got divorced from Radha Delamarter. Their marriage ended in 1986 but he has a son with her. In 1988, he married his second wife, Jennifer Merwin, and has two children with her. After nineteen years of marriage, he got separated from her in 2007. The reason for his separation from Jennifer after almost two decades of marriage was irreconcilable differences. She requested spousal support, child support, and custody of their minor son.

He then got married to his third wife, Melissa Gilbert in 2013, in California. He dated his girlfriend, Melissa for many years before they got engaged. Both of them were previously married twice before.

In 1994, Tim was accused of physical harassment of a teenage girl. He paid 150 thousand dollars as a fine. She was an extra on the set of his movie, ‘Little Big League’. It was said that he invited her into his trailer and gave her a few drinks. They both kissed and he asked her to get intimate with him but she rejected his advances. She said that she didn't feel comfortable because of the age difference and he was married and had a family. Tim responded that they left him a long time ago and he said that he was alone. She complained to the production company, but, they fired her. This incident happened when he was married to his second wife, Jennifer. She never commented on the actions of her husband. There were a lot of similar cases that turned up against him.

In 2012, he was accused of misbehaving with his date in public. The date was going well and they started kissing. Then, he started making improper moves against her consent. She informed the police nearby, about the incident and they started investigating.

FAQ: How old is Timothy Busfield?

FAQ: What is Timothy Busfield networth in 2020?