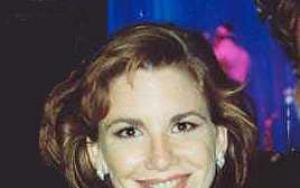 Melissa Gilbert is a television director and an American actress. She started her career as a child actress in her late 1960s when she appeared in different guest starring roles and commercials. She played as Laura Ingalls Wilder at NBC series in Little House on the Prairie. While still working on the Little House on the Prairie, she appeared also in other films which include The Miracle Worker or The Diary of Anne Frank.

When Melissa Gilbert grew up, she continued in the career in the television films. She starred in many movies as a guest star and she had worked in many animated series like Batman: The Animated Series.

Melissa Gilbert was born in Los Angeles, California on May 8, 1964 in California to a newly engaged couple, Kathy Wood and David Darlington. But she was given up for the adoption immediately after the birth. She was adopted by Paul Gilbert who was a comedian and actor, who also was more commonly known as Ed MacMahon, and his dancer wife named Barbara Crane, who was the daughter of television show The Honeymooners creator Harry Crane. The same couple also adopted a son named Jonathan. Jonathan also co starred on the hit series the Little House on the Prairie, along with his sister. However, when Melissa Gilbert was 8 years, their adoptive parents got a divorce. Barbara married Harold Abeles with whom she got a daughter named Sara Rebecca Abeles but she acts under the stage name Sara Gilbert. Melissa Gilbert was raised in the Jewish religion but she had not undergone any religious education or any kind of conversion ceremony.

Melissa Gilbert appeared in many commercials which include Alpo dog food from Lorne Greene. Lorne Greene was the actor that played Michael Landons father on the hit television series Bonanza.  She also attended the same school as the daughter of her Little House on the Prairie co star, Michael Landon, named Leslie Landon. Leslie also is the one who told Melissa that she had won the part of Laura Ingalls on Little House on the Prairie. Melissa had beaten out over 500 young child actresses for the part and was very excited to be a part of the show.

The pilot for Little House on the Prairie was shot in 1973, and the show immediately was a ratings success. Almost a year later, Gilbert began filming the series. The series was an amazing success, lasting for over 9 full seasons on network television. On top of that, the show also aired 3 television movies that were added on after the series had concluded. In total, over 200 episodes were filmed for the show, and many of the actors that played on the show went on to have amazing careers in other avenues as well.

While filming the show, Melissa grew very close to the Landon family, especially after her own father passed away. Melissa Gilbert said of her on and off screen relationship with Landon, "He was very much like a 'second father' to me. My own father passed away when I was 11, so, without really officially announcing it, Michael really stepped in." When not working on the Little House set, Melissa spent most of the weekends and other time off visiting Michael Landon's real life family. She says, "The house was huge. We ran like banshees through that house, and Mike would hide behind doorways and jump out and scare us." In a 2015 interview, Gilbert spoke of Landon, "He gave me so much advice...the overall idea that he pounded into me, from a little girl, into my brain was that nothing's more important than 'Home & Family'; no success, no career, no achievements, no accomplishments, nothing's more important than loving the people you love and contributing to a community. Though we were working, really, really hard, we were 'Not Saving The World', one episode of television at a time, we're just entertaining people and there are more important things to do.... and have fun; no matter what."

FAQ: How old is Melissa Gilbert?

FAQ: What is Melissa Gilbert networth in 2020?