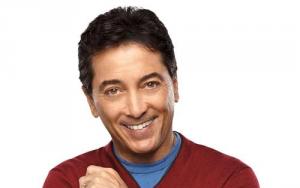 Scott Baio is an American actor of movies as well as TV shows, known to have played a variety of roles in his 44 year long career, which is still going good. Perhaps, he is best known for his role in Happy Days; where he played as Chachi Arcola or for his role of Dr. Jack Stewart in the TV show Diagnosis: Murder. Apart from main stream films, he has also been in some independent movies, music videos as well as many TV talk shows and interviews. His first big role was in 1976’s gangster musical drama named Bugsy Malone, where he played the main role. Prior to that, he had already featured in several other TV shows in some small roles here and there. In 1976, he played the role of a teenager cousin of one of the main characters in Happy Days.

He and his “Bugsy” co-star Jodie Foster, acted together in another big project, Foxes that came out in 1980. A year later, he worked in the film Stoned (1981), and was also seen playing a bold role in the 1985 blockbuster All the Kids Do It. His promising roles in both these movies saw him receive a double Emmy Award for Young Artist Awards. He was also awarded Best Young Actor in a Television Special for his role in Stoned; and Best Young Comedian in Television or Motion Pictures, for his role in Happy Days. These initial success and awards come in a long list of those, which he went on to receive in the later part of his career.

Born on the 22nd of September, 1960 in New York, U.S.A, he started out as an actor while still in his teens. Currently in his mid-50s, he was born as the son of father Mario Baio, a manager and mother Rose Baio, who was a house maker. Raised as an only child, he had the dream to become an actor from a very young age. With mixed ethnicity of English and Italian, he is an American by nationality. He is currently married to his wife Renee Sloan for 8 years, and they have got two children together.

Apart from a movie star and a TV icon, he is also known for his involvement in the politics. It is not a new thing for his fans to know that Baio is a supporter of the Conservative, but has been known to be a follower of Republicans. From his childhood days, he has been involved in political campaigns and in his young days was a big supporter of Ronald Reagan. Being present in his political campaign then, he was also seen in Regan’s funeral. A small quote found in the media regarding Regan’s death, in which Baio said "President Reagan made me feel proud to be an American. Today, I feel sadness." Apart from that, he was also reported to be seen talking to, or being present alongside Margaret Thatcher. He is also very famous for tweeting with many political figures, and his comments regarding Mrs. Obama; which was not very flattering received wide criticism some years ago.

FAQ: How old is Scott Baio?