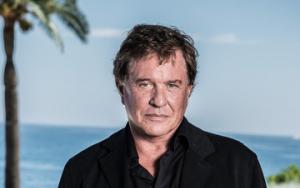 Tom Berenger is known as an American actor and industrial lighting designer. He is most famous for his role in Platoon.

Thomas Micheal Moore was born in Chicago to an Irish Catholic family. His father worked as a printer of Chicago Sun-Times and he was also a traveling salesman. He studied Journalism at the University of Missouri. After his graduation, he decided to change courses and pursue a career in acting.

Tom had his sixth child in his third marriage with Patricia Alvara. Their son, Scoot Moore was born in 1998. He sued his lawyer after his third divorce saying that the negligence of the lawyer cost him 100,000 dollars. This happened because he signed a prenuptial agreement with his wife when they were getting married and Patricia Alvaran was to get only 50,000 dollars as alimony.

However, after some time he was told to sign an amendment and he asked the lawyer to review it. He sued the lawyer saying that he advised him to sign without giving all the information about what had been changed without taking time to assess his finances and his marriage situation. He said that his lawyer protected his wife's interest instead of his interest even though he was the one who was his client. He sought out to seek compensation from the damages that took place during the divorce process and he wanted the lawyer to be sued for breach of contract, legal malpractice, and breach of fiduciary duty.

He has been married to Laura Moretti since 2012.

Tom started to use the last name, Berenger as a professional name since the Equity Association of Actors had already someone called Tom Moore. He worked as a Flight Attendant in Eastern Airlines located in San Juan.

Berenger played a role in many soap operas. He had a starring role in One Life to Live as Tim Siegel, a lawyer. He played a role in Rush It which was a film that was not well known but its cast went on to do well. He had a role as a murderer in the film, Looking for Mr. Goodbar. He is known to be able to play both heroes and villains. Other movies he was featured in was an Avco Embassy Pictures movie called In Praise of Older Women and Butch and Sundance: The Early Days.

He has been the founder of Tom Berenger Acting Scholarship Fund since 1988 and it is given to students who have performed well. He was nominated for his role as Sgt. Barnes in the film, Platoon and he got a Golden Globe. He was also nominated for an Emmy.

FAQ: How old is Tom Berenger?