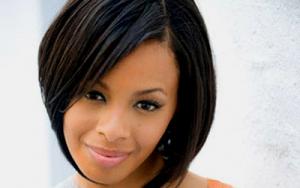 Vanessa was born on August 5, 1983 in Los Angeles California. She is an actress TV personality known for her roles in the reality TV shows Run’s House and Project Runway: Threads.

She is the daughter of Valerie Vaughn and Joseph Simmons. Her father is better known as Rev Run. He is a rap icon and the co-founder of the legendary hip hop group, Run-DMC. Rev’s brother and Vanessa’s uncle is Russell Simmons, the hip hop mogul and founder of the iconic Def Jam record label.

Her father and mother had two other kids, Angela and Jo Jo, but Vanessa was their eldest daughter. They got divorced after some rough final years. Her father then fell in love with another woman, Justine, and together they had three children which gave Vanessa three half siblings.

While growing up, Vanessa's dream was to be an actress and a model. She got a degree in Communications in December 2007 from the University of St. John's. While she was in college, she started dating the young famous rapper, J. Cole but it was only for a brief period. She was flattered when the rapper shouted her out on one of his songs.

Vanessa and her siblings were brought up by their stepmother, Justine. She is very close to her sister, Angela. They are so tight, they decided to started their own shoe brand. They are a really close on a personal level. That was pretty clear to Vanessa's audience during her hot trip to Hawaii with her sister Angela while she was pregnant and thrilled with her little baby bump. During 2005 untll 2009, her family starred in the MTV Reality TV series called Run's House. The TV show remains one of her most memorable moments in her carreer. She got to appear along with her family in a light, comedic style that showed her day to day life.

In 2009, the show was cancelled, but lucikly for Vanessa, she moved on to becoming a film actress. She got a role in a TV show called Speed Dating. She starred in many things such as Dysfunctional Friends and Boogie Town.

No matter how full her hands were after the birth of her daughter, Vanessa didn’t stop working. She announced the beginning of her new web series called Mixed and it even revealed some aspects of her character to her devoted fans.

In 2006, Vanessa stripped down for Maxim Magazine's Hot 100 List. Vanessa’s father was surprised to know that his daughter was going to strip down for a mens magazine. Vanessa did not like the idea of father tagging along with her to the photo shoot and instead of going with him, she had her sister, Angela accompany her. She also posed completely nude for Peta.

FAQ: How old is Vanessa Simmons?

FAQ: What is Vanessa Simmons networth in 2020?