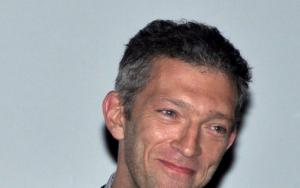 Vincent Cassel is a French actor known for his roles in Ocean’s Twelve, Ocean’s Thirteen and also in Black Swan. Vincent married Monica Bellucci, an actress, in 1999. They met each other on the sets of the film, ‘The apartment’ in 1996. They have two daughters together. In 2013, Vincent announced their separation.

The marriage ended with mutual agreement. The reports indicate that Monica said that, it is unfair for her to ask her husband to be faithful to her if she was away from him for two months. Vincent said that he and his wife were two different ‘species’ and that was what holding them together for 18 years. He never thought that the relationship will last this long.

The divorce information came to public only in 2013, but, the pair has been living independently for many years in their respective apartments. Monica once said that she would never expect Vincent to be loyal to her in sex. She looks for a friend she could rely on and not fidelity. Vincent recalls that her first girlfriend was Sophie, who got murdered in London.  He did not have a lot of romantic experiences as he was shifting from one girl to another throughout his youth. His first real love was with Monica.

Monica and Vincent are rumored to have cheated on each other, a lot of times. None of those affair rumors were proved and as they both do not consider sex loyalty as an important feature, the rumors did not have any effect on them.

For months  prior to their separation, their interviews showed that they had grown out of their relationship.  A few months before the news of separation, it is said that Vincent left for Brazil for a long time, even when he did not have any shooting or other business interest there. Monica decided to join him in Brazil for a few days. Monica furiously came back home from Brazil and the news of separation followed.

Monica once said that she does not mind Vincent seeing other women, but, when he is with her, he should be focusing on her. The lease guess of what would have happened in Brazil is that Vincent could have cheated with some girl when Monica was around him. One source confirmed that Monica was tired of pretending to be happily married when Vincent is around cheating on her with other women.

A month after the separation, Monica was seen with her next boyfriend, Telman Ismailov. While some sources confirmed that Monica is planning to get back with Vincent, Monica was seen with Telman in many public places. Telman is a billionaire who paid 1.4 million dollars to Jennifer Lopez to sing him a birthday song. Was Telman, the reason for their separation? Vincent is the one who is usually accused of cheating Monica and ironically, Monica jumped into  a new relationship while Vincent is still brooding over her.

The custody of the kids, their relationship after separation, separation settlement and other details are not known to public. Vincent, Monica and their representatives are not ready to talk about the actual cause of the separation.

FAQ: How old is Vincent Cassel?

FAQ: What is Vincent Cassel networth in 2020?