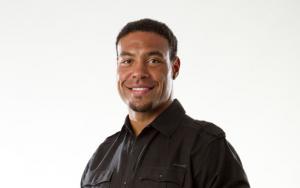 Vincent Jackson was born the 14th day of the month of January in 1983. Native from Colorado Springs, Colorado. On that same city he grew and went to the Widefield High School. In his senior year the daily newspaper Rocky Mountain News honored him with an All-State Honorable mention. He then attended the University of Northern Colorado. There he had a scholarship that allowed him to practice both football and basketball.

He did not choose to go by chance, as the University had recruited him from high school. During his college years he was part of the Northern Colorado Bears Football team. In a game against another college, the Adams State, he scored on a punt return. This earned him an All- American honors as a punt returner. He made a record changing performance in football, while also finding time to play basketball. His biography shows that he would lean towards the former.

The San Diego Chargers selected him on 2005 by a National Football League draft. An injury after the other ended up slowed his first season with the team. He joined the action on October and it was not until November that he was able to caught a pass. The very next year on a match against the Tennessee Titans he scored his first touchdown. On December of that same year he made touchdown catch that resulted on the team's victory.

He became a wide receiver for the San Diego Chargers the following year, the start of that season was nothing to write home about, but he got much better by the end of it. Two years later he was making a great game and helping the team through tournaments and competitions. Although, he also received a penalty for unsportsmanlike conduct.

On 2010 he was suspended because he violated the league's personal conduct policy. His contract suffered various disputes which reason ranges from inappropriate conduct to relocations. On July of the following year he presented a lawsuit against the National Football League Association, but in the ended dropped the charges. Vincent did his best in a match against the Green Bay Packers, there he scored three touchdowns and made one hundred and one yards. He was selected as a substitute for Wes Welker at the Pro Bowl.

On 2012 he started working for the Tampa Bay Buccaneers. That same year, by October, he was already setting records. As he achieved the longest reception ever on that team. He then went for the third time to a Pro Bowl, as a replacement for Calvin Johnson. The following year he was selected as a captain. Later that same year he caught a touchdown in a game with the Philadelphia Eagles. The very next week he made various touchdowns on a match against the Atlanta Falcons. In that case he even surpassed the one hundred yard mark. 2014 was not a favorable year for the wide receiver as his stats and game saw a decline. Also he was not traded. On a more positive note, along with Mike Evans became the first receivers to catch more than a thousand yards in the team's history.

His now wife is Lindsey VanDeweghe Jackson. While he was a speech on the Athletic Hall Fame he asked her to the stage and popped the question in front of a surprised audience. They married in 2011.

The next year he created the charity Jackson in Action 83 Foundation. The goal is to provide support, help, and education for the children of military homes. For the charity and with Lindsey they wrote Danny Dogtags: Dealing with Deployment. He is a person that uses his twitter account quite often.

FAQ: How old is Vincent Jackson?

FAQ: What is Vincent Jackson networth in 2020?