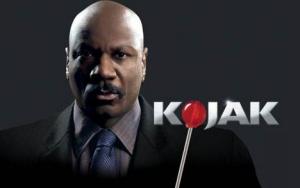 Ving Rhames is known as an American actor. He is most famous for his roles in films like Mission: Impossible, Con Air, Dawn of the Dead, Don King: Only in American, Pulp Fiction, and Bringing out the Dead.

Ving Rhames also known as Irving Rameses was born in New York City. His mother, Heather was a homemaker and her father was Ernest Rhames who was an auto mechanic. His name came from Irving R Levine who was a journalist at NBC.

When he discovered that was into acting, Ving enrolled in the High School of Performing Arts. After high school, he entered in Suny Purchase to perform and practice drama. This is where another student, Stanley Tucci called him Ving. He transferred to the Drama Division at Julliard School and he got a Bachelor of Fine Arts Degree.

He is known to play the villain in most movies he played and he is not new to crime because he grew up on the meanest street in his neighborhood. The street is known to be where gangsters and drug kings grew up but for him, he did not succumb to any of these vices because of his mother. Her mother had a strong influence on him and he wanted to make her happy always.

Ving Rhames is the husband of Deborah and they got married in 2000. They have now three children. His first marriage was to Valerie Scott, their marriage started in 1994 but they got a divorce in 1999.

Ving Rhames always plays frightening and tough characters. Many of his roles were the prototype of criminals and thugs in real life. He believed that as he continues to grow, his success is based on his religious belief especially because he was a struggling actor.

Ving Rhames made his acting debut when he appeared with Matt Dillon in The Boys of Winter during the year 1984. This is the same year when he had a role on Go Tell It on The Mountain. In The People Under the Stairs, he appeared as a character named Leroy.

He played Jack in a film called Native Son where he co-starred with Natasha Richardson. In the medical TV drama called ER, he was the character known as Peter Benton and he played a role in this drama for three seasons. He played a role with Tom Cruise where he was an ace computer hacker called Luther Stickel in a film called Mission: Impossible directed by Brian De Palma.

In Con Air, he played Nathan Diamond Dog. For his role in Don King: Only in America, he got a Golden Globe for his lead role. He gave his award to Jack Lemmon saying that being an artist is all about giving. The act was considered as an example of abundant generosity. For the same role, he was also nominated for an Emmy and a SAG award.

He also got roles soap opera shows like Another World and Guiding Light.

FAQ: How old is Ving Rhames?