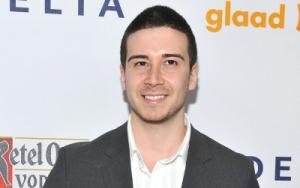 Vinny Guadagnino or Vincent Guadagnino is a reality show star in America and an actor. He became to be well known in Jersey Shore show of MTV. He was born in New York and he comes from an Italian and American family. The mother was born in Italy and the family has a farm which was visited in the fourth season of Jersey Shore.  He graduated at Susan E Wagner High school and he attended Suny New Paltz and College of Staten Island. He was a political aide of New York State Assemblyman.

After the success of Jersey Shore, he started to take acting classes. He is known to say that he is a natural entertainer and he focuses his acting on the comedy.  He is a guest start in The Hard Times of RJ Berger where he plays as a cousin of RJ. He played in Syfy which is an original role of Jersey Shore Shark Attack. MTV produces his own talk show : The show With Vinny.  The show is about celebrities coming to his house for a talk and to have dinner with his family.

Vinny Guadagnino has his brand of clothes IHAV for I Have A Vision and they have a message. The proceeds are given to charity Do Something for its anti-bullying programs and projects. He supports Much Love: an organization for animal rescue and he participated in its charity auction. He is a supporter for the gay rights and he had presented NOH8 campaign and GLAAD awards.  He co-authored with Samantha Rose a book.

After Jersey Shore show, when Vinny Guadagnino was asked about her girlfriend, he said that she is taking a break. When asked what he likes in a woman, he said that he likes brunette and he feels like he has to learn something from the woman he dates.  He said that even if he does not have the celebrity crush, he likes Rihanna.  In addition of being exotic, he said that he would like to be a boyfriend of an easy going girl, who understands and who does not become jealous easily. Vinny was in relationship with Melanie Iglesias but it was said that they split up. However when asked, Melanie said that they were never in relationship but only friends.  After some days,  people say that they are together again and they are closer than it was before.  To confirm this, Vinny put a photo on Instagram where he is in bed with a puppy and Melanie cuddling each other.  Vinny was heard saying that even if he is planning to have a family in the future, he is not planning to have a marriage soon.

Vinny Guadagnino’s net worth is 3 million dollars. He gained most of his money while playing himself in a reality show called Jersey Shore.  He was one of the most loved members and he had the respect of other members of the cast.  He also makes money  as a salary of the talk show that he hosts on MTV. He is a singer and he rapped a song that got many critics because it was said that it glorifies rape but he apologized that it was meant to be fun.

FAQ: How old is Vinny Guadagnino?

FAQ: What is Vinny Guadagnino networth in 2020?