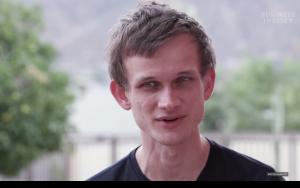 Vitaly Dmitriyevich "Vitalik" Buterin is a Russian-Canadian programmer and writer. He co-founded Ethereum in 2014. Vitaly became involved with cryptocurrency since its origin; he also co-founded the Bitcoin Magazine.

Who is Vitalik Buterin?

Vitalik Buterin is a Russian-Canadian writer and programmer. He wrote articles for the Bitcoin magazine, which he co-founded in 2011. A keen zealot of the Bitcoin community, Buterin found his passion early. Buterin is widely regarded as a boy-genius behind Ethereum, which he co-founded in 2014. Ethereum is currently the world's second-most valued cryptocurrency behind Bitcoin.

His Ethereum currently surpasses the market cap of $ 441.5 billion and continues to grow. Buterin is presently just 27 years of age.

Born on Jan. 31, 1994, in Kolomna, Moscow Oblast, Russia. He lived in Russia until the age of six and migrated to Canada when his parents decided to search for better employment opportunities. Buterin was a gifted student, and he had the brains of a genius from a very young age. He was placed in a program for talented students during his third-grade schooling in a Canadian primary school, which in hindsight sundered him from his friends. He was naturally gifted in maths and programming and could add three-digit numbers faster than an average human of his age.

Like every genius mind, Buterin, too, was a stranger to social interactions and gatherings. Many people perceived him as abnormal and treated him like a math genius. Such action made Buterin question his nature and lifestyle. The new environment, country, and culture also affected his thinking. But it didn't stop him from progressing; he instead overturned the situation and diverted his focus to the deep learning process and the Internet, where he forged his professional and personal relationships.

Buterin says his four years at Abelard School—a private high school in Toronto— shaped him to become what he is today. He describes the time he spent there as the most productive years of his life. It changed his perceptions about education and craved in him a hunger for learning more.

Along with his good grades, Vitalik had a passion for playing World of Warcraft, which he prioritized ahead of his homework.

His passion for learning new things drove Buterin to the world of cryptocurrencies. His father introduced him to Bitcoin; Vitalik's father had a software startup company of his own. In the inception, he didn't fancy the idea of cryptocurrency and concluded that this was doomed to fail as it had no intrinsic value in the real world. But, he decided to learn about it more instead of making a rash decision based on his feelings, and soon his perception altered.

He then went on to spend more and more time on various Bitcoin-related forums, learning and researching about it. Soon, he realized the unlimited potential behind Bitcoin. He wanted to get his hands on a few bitcoins, but due to his limitation of not having the computing power to mine and the money to purchase, he looked for other alternatives. He searched online for various forums that paid in Bitcoins for works and started writing articles for a blog; he earned five Bitcoin per article. Buterin and Mihai Alise created Bitcoin Magazine in 2011, where he contributed as a senior writer until 2014. Then in 2014, he turned his full attention to developing Ethereum. In 2015, Vitalik Buterin, Gavin Wood, Joseph Lubin and other launched the Ethereum blockchain, a platform on which user could create decentralized applications.

Fake news about his death

On June 25, 2017, fake news claiming Vitalik died in a car crash circulated on the Internet. The information caused Ethereum to lose $4 billion in market value. The story originated from 4Chan, an anonymous troll. As the hoax was debunked, Ethereum managed to retain all its lost value.

Vitalik Buterin received many awards for his immense progress professionally and personally. The few honorable mentions include

FAQ: What is Vitalik Buterin networth in 2020?