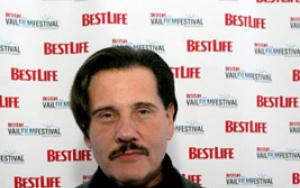 William Forsythe was born on June 7, 1955 in Bedford-Stuyvesant, Brooklyn, New York, United States. Although people say he is the son John Forsythe, William rejected the rumors, saying they don’t have any connection. William Forsythe is one of the most famous actors from Hollywood.

He has a large experience both on the big screens and TV shows. His acting career started in 1978, but his first notable part was in 1981 as Bill Forsythe in Smokey Bites the Dust. He is also famous for the roles he played in King of the Mountain (1981) and The Man Who Wasn’t There (1983). In 1984 he could be seen in Cloak & Dagger and Once Upon A Time in America. The Lightship and Savage Dawn where the movies that casted William Forsythe in 1985.

William Forsythe was married to Melody Mundon. They had three children together: Rebecca, Angelica and Chloe. Unfortunately the couple did not resist. After their children were born they filed for a divorce. Currently, it seems that William Forsythe is single or he hasn’t revealed anything to the media. He remained a close friend to his former wife.

As hobbies William Forsythe says he likes reading, and meditation. It keeps him calm and in a good mental state. He thinks that reading is the secret weapon of every actor. By reading you can mentally imagine the characters. It’s like playing a role inside your mind, practicing.

FAQ: How old is William Forsythe?

FAQ: What is William Forsythe networth in 2020?