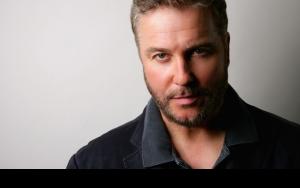 William Petersen is known as an American producer and actor. He is most famous for playing Gil Grissom on the CBS crime drama, CSI: Crime Scene Investigations.

William Petersen was born in the year 1953, in the city of Evanston in Illinois. He was the youngest of six children raised by Helen June and Arthur Edward Peterson. He grew up with two brothers, Robert and Arthur Jr., and three sisters named Elizabeth, Mary Kay, and Anne.

His father was working in the furniture business to bring income to the family. William attended Bishop Kelly High School in the city of Boise, Idaho. He joined Idaho State University with a football scholarship. When he was in Idaho, he started taking acting courses and this changed the direction he had in life. He left school with his wife named Joanne and they went with a drama professor to Basque country. This is where he started to train as a Shakespearean actor. He got interested in Basque Culture and studied Euskera, a Basque Language.

William Petersen got married to Joanne Brady. When they had their first child, it was a daughter they named Maite Nerea. Her name means My Beloved in the Basque language. She was born in Arrasate/ Mondragon in the year 1975. William and Joanne lived together for 7 years until they got divorced in the year 1981.

From his daughter, he has two grandsons. He got married again to Gina Cirone. They ended up having twins, a daughter and a son born through a surrogate mother.

William is a big baseball fan and roots for the Chicago Cubs. He described a near-death experience he had in the 1980s to Playboy Magazine, and it confirmed to him that there is an afterlife.

After living aboard, William Peterson returned to live in Idaho and wanted to become a working actor. He refused to work in a non acting job and decided to go to the Chicago area. This is where he lived with relatives and worked in the theater. He got the Actor’s Equity Card and was performing with Steppenwolf Theater Company. He became a member since 2008 and he founded The Remains Theater Ensemble. His ground crew included other well-known actors such as Ted Levine and Gary Cole.

Having an incredible ability, a magnetic character, and innocent great looks, film fame was anticipated for William, yet never occurred. This is partly because of the way that To Live and Die in LA and Manhunter did ineffectively at the box office. William Peterson got his biggest break when he appeared as Gil Grissom on CSI: Crime Scene Investigations. For the role, he won the Screen Actors Guild Award and he got nominated to the Golden Globe Award. He was also nominated for the Prime Emmy Awards three times. A few movies he appeared in are Seeking a Friend for the End of the World, Detachment, The Contender, Fear, and Young Guns II.

His net worth is estimated to be 35 million dollars.

FAQ: How old is William Petersen ?

FAQ: What is William Petersen  networth in 2020?