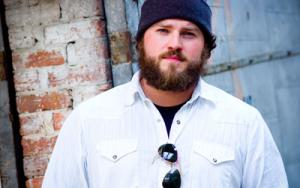 Famous for being associated with his namesake band, Zac Brown performs American country-style music. Zac's career started with the band's debut album "Chicken Fried." This album was initially recorded in 2003 but was re-recorded and re-released in 2008 after gaining popularity among the band's loyal followers. Zac Brown is also known for co-writing a song for 'The Lost Trailers" for a self-titled album released in 2006 named 'Simple Life.'

In 2013, the Zac Brown Band performed the National Anthem at the BCS National Championship premier game. The performance was greatly appreciated by fans and critics alike and received a lot of positive feedback. At NHL's Winter Classic in 2014, the band performed the national anthem. Zac Brown's unique style of singing and playing attracts a lot of attention from every corner of the world, even from people who don't usually listen to country music.

Zac Brown has won millions of hearts with his voice, and that talent has also made him famous. His band has been chosen for tons of nominations and won many prestigious titles all over the world. They have been nominated by the Academy of Country Music, Country Music Association, Grammy awards, and Country Music Television. The band has received fifty-five nominations for various prizes, winning eight.

Brown was arrested for narcotics possession early in 2016 at the Four Seasons Hotels and Resorts in Palm Beach, Florida. Although Brown was not detained, police arrested four others for marijuana and cocaine possession and found Brown in control of prescription medications. According to reports, three dancers were present in the room at the time of the arrests. According to reports, the officers in Palm Beach did not name Brown in their report because they were fans of his music.