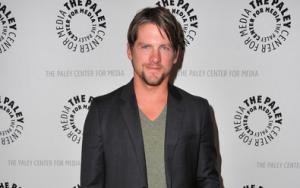 Zachary Knighton is known as an American actor. He is most famous for playing the role of Dave Rose on the ABC comedy series called Happy Endings.

Zachary Knighton was born in 1978 in Alexandria, Virginia. In 1996, he graduated from the School of Frank W. Cox High School located in Virginia Beach. Afterward, he went on to attend Virginia Commonwealth University.

Zachary Knighton is a married man and his wife is named Hang Knighton. They got married after getting romantically involved with each other for some time. However, the marriage did not last long since they divorced after having too many issues. He had one daughter with Hang named Tallulah.

Zachary Knighton is most popular for his role in the widely praised comedy "Happy Endings." Recently, he appeared in the guest role of Paul oppositeDrew Barrymore and Timothy Olyphant on the Netflix series "Santa Clause Clarita Diet."

He has guest featured on various TV series, including "Parenthood," "It’s Always Sunny in Philadelphia,” “LA to Vegas,” CBS All Access’ THE GOOD FIGHT, “Fresh Off the Boat,” “House of Lies,” “The Catch,” “Wilfred,” “House MD,” “Law & Order,” and “Ed”. Knighton also appeared in the true to life TV film "Sally Hemmings: An American Scandal." Knighton's movie credits include Zack Whedon’s directorial debut; the thriller “Come and Find Me”; and the independent films “Ashby,” playing a role along with Mickey Rourke, “Believe Me” and “Hot.” He also appeared in “The Big Ask” and the romantic comedy “Tug.” Knighton’s credits also include the surfer comedy “Surfer, Dude,” opposite Matthew McConaughey and Woody Harrelson. He was in the comedy-romance “The Prince and Me,” opposite Julia Stiles and Miranda Richardson. He played a role in the drama “The Mudge Boy,” along with Emile Hirsch. In “Cherry Falls”, he starred alongside Brittany Murphy.

Zachary Knighton was the co-star in the science fiction series called FlashForward of ABC where he played the role of Dr. Bryce Varley. It was based on the novel by Robert J Sawyer. He initially auditioned for the role of Demtri Noh but he lost out to John Cho. The co-creator of the show, David S Goyer rewrote the script so that Knighton could be included in the show. Although the show experienced early positive reviews, it ended in just one season because of declining ratings.

In the year 2007, he was the star of a horror film remake called the Hitcher together with Sophia Bush. He was playing the role that was performed by C Thomas Howell in the original film. He was in a short-lived television program called Life on Stick. He played a leading role called Gary in a series called Related. He was also the star in Weird Loners, a short-lived Fox sitcom.

FAQ: How old is Zachary Knighton?