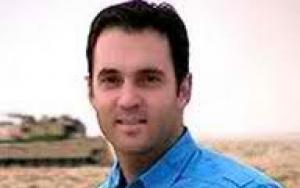 Adam Housley was born in Napa, California on August 13, 1971. He is a former professional baseball player and current news anchor.

Background
Adam completed a Bachelor’s Degree in both telecommunications and political science. He also got his Master’s Degree in International Security in 2014. Before becoming a famous news anchor, Adam housley was a professional baseball player of baseball. Housley played on a baseball team that made it all the way to World Series in 1992.

He had invested his two summers to practice and achieve his dreams of being a baseball player. He was drafted by the Montreal Expos and he played in about 97 games as a pitcher. Baseball wasn’t the only sport he played; he also played basketball during his youth but never at the pro level like he did with baseball.

Broadcasting Career
Adam joined the Fox News Channel in the year 2001. He was the first one to report on the tsunami when it devastated the entire country of Japan. He was with a team of reporters and filming all the locations live until there were nuclear threats which forced him to move over to Tokyo. Housley is a successful American journalist who had won an AP award.

Housley started his career as news reporter in a radio station known as KVON-KVYN radio. There he advanced and shaped his efficiency at reporting. He worked in 5 different NEWS TV channels including KCPM-TV (NBC) and KFTY-TV being two of them.

Housley was a popular reporter who had great coverage throughout the Iraq War. He had given a great time capturing the War on Terror. In 2003, the time when the first missiles were set off. Housley captured the whole thing live. His courageousness is to be saluted and praised. He risked his life aboard the ship which had been in search for shipping illegal weapons for war.

In the midst of his career, he has also worked as a lead reporter for the Fox News Channel and been part of Arnold Schwarzenegger's campaign. Housley covered the Gaza Strip and was the main reporter to cover the campaign of Arnold Schwarzenegger for the 2003 state elections.
He managed to file 45 stories in all during Arnold’s run. His fluency in Spanish gave him the opportunity to report the mining accident in Chilean where 33 miners were stuck for almost 69 days. Housley has been a great reporter and a investigator too, he has solved crimes and has brought major insights in cases of terror attacks and wars.

Adam is currently serving as Los Angeles-based correspondent with Fox News. He was the one to report about the suspension of third baseman Alex Rodriguez from the New York Yankees. He reported live from San Francisco on the outcome of the lethal crash of the Asiana Airlines Flight. In early 2013, he conducted an exclusive interview with a whistle-blower who was doing Special Operations and he felt that the government deceived the men who died in Benghazi attacks which happened on September 11th.

FAQ: How old is Adam Housley?