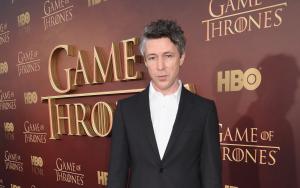 The Irish actor Aidan Gillen was born on 24th April 1968. Gillen is currently is hosting Other Voices and he has also won two Irish Film & Television awards. Gillen has been nominated for a British Independent Film Award, British Academy Television Award and a Tony Award as well.

Aidan Gillen was born in Drumcondra which is Dublin. For his education, he went to the St. Vincent’s C.B.S. in Glasnevin. His career as an actor began with the Dublin Youth Theatre where he played the role of Nick Bottom in A Midsummer Night’s Dream when he was just a teenager. His career began at the Project Arts Centre before he moved to London. By nationality, he is an Irish actor.

Aidan Gillen was married to Olivia O’Flanagan in the year 2001. He met Olivia O’Flanagan in the year 1997 and he fell for her immediately. They started dated each other and Aidan was soon much overwhelmed by his wife in every way. They had their first child in the year 1997 and began living together with their child but they had not married. In the year 2000, they had their son Joe. They thought about getting married throughout the year of the birth of their second child and finally came to a decision to marry in the year 2001. They were Ireland’s most famous celebrity couple and after they got married they moved into a bigger house in Dublin.

Aidan is very much dedicated to his family and there have been lots of situation where Aidan had dedicated his achievements and awards to his wife and children. He did this for the first time when he was awarded the best supporting actor for his role in the popular United States television series “The Wire” in the year 2009. He said that his family was a big motivation for him. But however, bad times come into everyone’s life; such a beautiful couple has been separated for over two and a half years now. Aidan lives alone in his Dublin house and he is currently dating Camille O’Sullivan.

Aidan Gillen’s acting career in films started with his first film in the year 1985, The Drip in which he played the role of a young guy. Next, he had played the role f a youth at the liquor store in the movie named The Lonely Passion of Judith Hearne in the year 1987. Some of the other films where he acted are The Courier Boy, Some Mother’s Son, Mojo, Buddy Boy, My Kingdom, Robertson Major, Photo Finish, Blackout, 12 Rounds etc. some of the TV serials where he was seen are The Play on One, Belfry, The Bill, Dice and The Last Detective etc. The net worth of Aidan Gillen is $4 million. Aidan Gillen is also seen in the popular Game of Thrones. In an interview with HBO, on being asked about his reaction to Littlefinger’s decision after five seasons were in, he said that he was surprised as it was new but it did excite him. He feels good to interact in a new world with new people and new characters with whom he has not interacted before. He likes to show up in their world and play dumb.

FAQ: How old is Aidan Gillen?