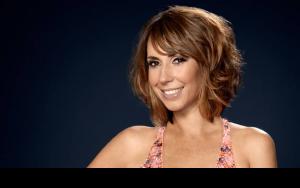 Alexander Emerick "Alex" Jones is known as an American radio host, documentary filmmaker, writer, and broadcaster. He is most famous for his program, The Alex Jones Show which he hosts from Austin, Texas on the Genesis Communications Network and shortwave radio station WWCR across the United States. For the last few years, he boosted his online presence mostly via his YouTube channel, which had over 2 million subscribers before it was shut down. His net worth is 5 million dollars.

Born in 1974 in Dallas, Texas, Alex got into sports from a young age. The renowned conspiracy theorist is of Irish, German, Welsh, English, and partially Native American descent. His father, David Jones, was a dentist and his mother a homemaker. He was a lineman on his high school's football team at Anderson High School in Austin, from which he graduated in 1993.

Starting at the tender age of 20, Jones launched a public access television show which within a year led to him scoring a highly rated weeknight radio show in Austin, Texas. That morphed into the Alex Jones Show which is now syndicated on over 160 stations across the country. Through his show, Alex has sparked a number of conspiracy theories. The topics attract younger viewers instead of conservative pundits, according to journalist Will Bunch, a senior fellow at Media Matters for America.

The so called "master of conspiracy" has created vast controversy around his name. One of the most recent examples is the Sandy Hook Elementary School shooting, a topic on which Alex was criticized by Hillary Clinton due to his actions and statements. Trump, on the other hand, called Jones "a nice guy" when he was interviewed by the latter. Roger Stone, the Nixon-era political trickster who orchestrated Trump’s appearance on the show said, "I think Alex Jones may be the single most important voice in the alternative conservative media".

In January 2013, he was invited to speak on Piers Morgan's show after promoting an online petition to deport Morgan because of his support of gun control laws. According to Huffington Post, the whole thing soon turned into "a one-person shoutfest, as Jones riffed about guns, oppressive government, the flag, his ancestors' role in Texan independence, and what flag Morgan would have on his tights if they wrestled."

Jones has a strong and active presence not only on the radio but online as well. He operates numerous websites, such as infowars.com and prisonplanet.com. Both of those sites were created to provide news mostly on civil liberties issues and global government.

Alex also is a prolific filmmaker, producing on average two films per year from 1997 till 2008. His film, FABLED ENEMIES questioned the events of September 11th, 2001. Instead of focusing on physical anomalies surrounding the attacks, it focuses on a vast intelligence network and how they were able to succeed with the attacks.

Jones lives with his wife and three kids in Louisville, Kentucky. He had been married to Kelly Rebecca Nichols for a long time.

Alex Jones' wife was included in a few marketing campaigns while working with PETA. Alex Jones' wife was using her media and advertising abilities to aid Alex in stretching his media business and picking up a reputation for himself after she started dating him in the late 1990's. Alex Jones discussed his wife's contribution with PETA during his meeting with David Martosko of the Center for Consumer Freedom on May 6, 2009.

Kelly dealt with a lot of obligations while being a caring mother at home. She coached her spouse about how to speak and what to say when somebody called about their relationship. In one interview, Kelly talked about Alex said that he ought to never drive in his life. She did all the driving while he sat and tweeted.

FAQ: How old is Alex Jones?