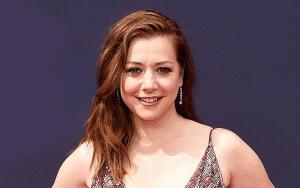 Alyson Hannigan is an actress and television presenter famous for her role as Lily Aldrin in the sitcom How I Met Your Mother. Hannigan has presented the television show 'Penn & Teller: Fool Us' in 2016.

Alyson Hannigan was born in Washington, D.C., on March 24, 1974, to her mother, Emilie (Posner), a real estate agent, and father, Al Hannigan, a truck driver. Al comes from Irish ancestry, whereas Emilie is Jewish, making Alyson of Irish-Jewish ethnicity.

Alyson lived with her mother from the age of two, after her parents divorced. Alyson was drawn towards acting from a very young age; she began featuring McDonald's and Oreo commercials at four. When Alyson turned eleven, Alyson and her mother moved to Los Angeles to pursue a film and television career. She frequently visited her father, who lived in Santa Barbara.

She was a good soccer player; she played it frequently until an injury impaired her playing days.

To support her single mother, she used to do other jobs to provide a steady income. She once babysat for Bob Saget's children, her future co-star Bob in 'How I Met Your Mother.'

Alyson's first significant role came in 1988, in 'My Stepmother is an Alien.' In 1989, she went on to do her debut regular role on a TV series, a short-lived ABC sitcom 'Free Spirit.' She felt and lived a life of success in 1997, playing Willow Rosenberg's role in the series 'Buffy the Vampire Slayer .' The series's success unfolded ample opportunities in her path, like 'American Pie, 'American Pie 2,' 'Boys and Girls' and 'American Wedding.'

Alyson made her stage debut in 2004, in an adaptation of 'When Harry Met Sally' opposite Luke Perry. A year later, she played Lily Aldrin in the sitcom 'How I Met Your Mother,' another huge success. She began hosting 'Penn & Teller: Fool Us ', a magic competition tv show in 2016.

When she's free, she loves spending time with her hobbies, including horseback riding, painting, and soccer. Alyson married actor Alexis Denisof on October 11, 2003. The couple dated for a while; Denisof proposed Alyson in 2002 during a Northern California trip. They have been married since 2003 and have two daughters.

Alyson was impregnated with both her daughters during the television series filming How I Met Your Mother. She was eight-month pregnant when the cast finished filming the fourth season, and Satyana Marie Denisof was born on March 24, 2009. Her second child, Keeva Jane Denisof, was born in 2012; she was seven months pregnant when the series finished filming its seventh season.

In her honor, two songs have been recorded. The first is Juvenile Wreck's Alyson Hannigan, while the second is This One Time by The Malcolm Effect.

FAQ: What is Alyson Hannigan networth in 2020?