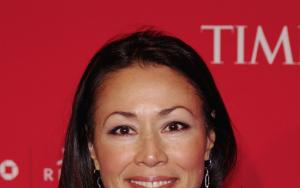 Ann Curry is a well-known television personality in . She is also a well known news and photo journalist. She has anchored many important shows in NBC ranging from the NBC News, Today show, and Dateline. Her career as journalist is studded with many awards and recognitions including three Emmy Awards and a Golden Mic award.

Born in Guam to Bob Curry, an American and Hiroe Nagase, a native of Japan, Curry spent her childhood years in Japan. She later moved to and graduated from with a BA degree in Journalism. She is married to Brian Ross, whom she met during her college years. He is a software executive. They have two children- McKenzie and William Walker Curry Ross. They reside in .

Ann Curry started her career in broadcasting in 1978. She began as an intern at NBC affiliate KTVL, which has now become a CBS affiliate. She was promoted later as the first female news reporter of the station. She moved on to NBC affiliate KGW in and later joined as reporter at KCBS-TV in . It was during her years at KCBS-TV, she received two Emmy awards. She joined NBC News in 1990 in as news correspondent and served as anchor of NBC News at till 1996. She also did a three year news anchor work as a substitute for Matt Lauer at Today. She received the distinction of being the second longest serving anchor after Frank Blair.

She has received many awards including 3 Emmy awards for her coverage of the Los Angeles earthquake in 1987, the gas pipeline explosion in San Bernardino, and the Darfur Crisis in 2007. She was honored with the Golden Mic award by the Radio & Television News Association of Southern California, Certificate of Excellence from Associated Press, and the Gracie Award by the Foundation of American Women in Radio and Television. She also received the National Journalism Award from the Asian American Journalists Association in 2003.

In June 2012, Ann Curry was fired from her post as co-host of Today. It was rumored that Matt Lauer, her co-anchor on the show was behind her ouster. She later appeared on Today in August, 2012 when she covered the Summer Olympics 2012 in . She has reported some major international news working from places like , , of , , and . She also was one of the first network news anchors to report on the Tsunami destruction in in 2004.

FAQ: How old is Ann Curry?