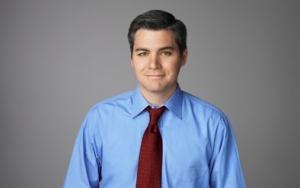 Jim Acosta is a news correspondent based in Washington D.C. He is involved with hosting various political television programs for CNN. He has covered some major historical events since he joined CNN in 2007. His role in America’s Choice 2012 election special, where he covered GOP presidential candidates, was one of the most significant roles in his decorated career. Acosta is currently the White House Correspondent for CNN.

Abilio James Acosta was born on April 17, 1971. He was raised as a Christian by his conservative parents. He attended Annandale High School before moving on to James Madison University. He graduated college with a Bachelor’s Degree in Mass Communication while also minoring in Political Science in 1993.

Becoming a journalist was always in Jim’s future because he was interested in reporting even at a young age and took time to develop his reporting skills. At college, he volunteered for the student-run radio station called WXJM. He was also a reporter for the WSVA local radio station. He was able to practice his speech and communication at his early jobs.

Acosta started his reporting career with the WMAL-AM radio in Washington, and then he shifted his career to television reporting when he joined KTVT-TV, a CBS-owned station in 1995. In 2000, he moved to another unit of CBS, WBBM-TV.

From there, he moved to CBS Newspath as their 24-hour news service correspondent. During his time here, he covered the September 11 terrorist attacks and the Washington sniper story. He worked for WBIR-TV in Knoxville, Tennessee, as a substitute anchor to the main anchor. As his career progressed, he was adding top networks and stories to his resume.

In 2003, he covered the major power blackout, which affected most cities in the northeast of the United States. A powerful story he has covered was the Iraq war where he was reporting live from the war zone in Baghdad when he worked for the CBS. He also reported Hurricane Katrina, which was one of the most significant natural disasters in the history of the United States. He also covered the Pennsylvania miner rescue and the campaign of the Democratic presidential candidate, John Kerry.

Finding a Home at CNN

From CBS, Jim decided to move on to CNN in 2007: where he began to work as an anchor for the weekend political show Ballot Bowl. His popularity increased after joining CNN, making him one of the most revered journalists in the United States of America. His success as a journalist was credited to his excellent coverage of major political events. On the show, he covered the presidential campaigns for Clinton and Obama.

FAQ: How old is Jim Acosta?

Quick Facts
Help us Edit this article and get a chance to win a $50 Amazon Gift card.
Last Modified: Sep 23 2021
You may also like
articles you may like