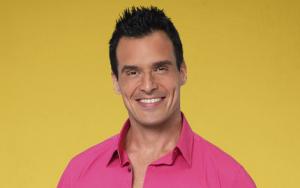 Antonio Sabato Jr. was born February 29th 1972 in Sicily, Italy. Although he was raised in the united states as a child. His dad, Antonio Sabato is an actor while his mum, Yvonne Kabouchy is a realtor. Antonio and his family moved to the US when he was just thirteen years old in 1985. He attended St Bernard High School in Los Angeles and Beverly Hills High school. In 1996 he became a united state citizen by naturalization.

Antonio is an American model, actor and TV host, as an actor he has featured in many TV shows and movies

In 1992 he was involved in a relationship with Alicia Tully Jensen, but they neither got married nor have a child together. In 1994 he dated actress Virginia Madsen, they both had a son together from the relationship. He also had a daughter from from his old time girlfriend Kristin Rossetti.

He has also dated Brooke Barlow during the period of his show My Antonio, as of May 2011, he had a son with Cheryl Moana Marie who's name is Antonio Kalani the name means a Beloved gift from the heavens. On September 2012 he married his wife Moana Marie in Kauai. He's a frequent user of social networks like Facebook, Twitter and Instagram, and seems to have a great interest for the social media platforms. He has a net worth of about $8 million.

Antonio started of as a model, he modelled for top brand Calvin Klein, in 1990 he appeared on set for the directing of the music video Love Will Never Do by Janet Jackson, along side his fellow Calvin Klein model Djimon Hounsou.

He later ventured on into acting in 1992, he appeared on soap opera's like prime time, General Hospital, he then featured in the series Earth 2.

During the 1990's he featured in many TV shows and movies. In 2003 he appeared in the movie Testosterone.

In 2006 he played the role of Dante Damiano in the soap opera The Bold and the Beautiful.

He has also appeared on reality TV like But can They Sing, Celebrity Circus in 2008 which he won, Celebrity wife swap and Dancing with the Stars.

In September 2014 he hosted the show Fix it & Finish it. He has featured in countless Film and television series like Melrose Place, Her Hidden Truth, Lois and Clark : The New Adventures of Superman, High Voltage, The Big Hit, Fatal Error, Ally Mcbeal, Tribe, Charmed 2, Hypersonic, Flavour of Love, The Chaos Factor, Destination, Reckless Behaviour : Caught on Tape, Ugly betty, Scrubs, CSI : NY, The Arrangement, Rizzoli & Isles, Hot in Cleveland, Dancing with the stars, Baby Daddy, The Three Stooges, The league.

Antonio is seen as a social type, he's has been seen as a gay by people, but has said nothing about this accusations. When he's not working, he goes on outdoor activities like biking. Antonio has revealed that he likes to travel, he also has a blog.

FAQ: How old is Antonio Sabato?

FAQ: What is Antonio Sabato networth in 2020?