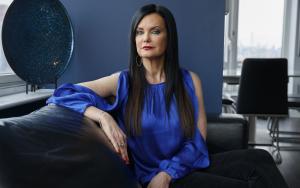 Benita Alexander-Jeune is a producer, director, writer, journalist, and narrator who has worked on shows such as "ID Now," "Crimes Gone Viral," "Dateline," and "Inside the Obama White House," among others. Alexander rose to notoriety as a result of her work on NBC's "Dateline NBC," as well as her excellent achievements in news and entertainment, for which she received two Emmy awards.

Alexander became a media celebrity once her relationship with Paolo Macchiarini was made public. Her personal life story was also featured in the documentary "He Lied About Everything," She recounted her experiences with Macchiarini from the minute she met him until the time she became his ex-fiancee.

Benita Alexander-Jeune was born in Huntington Woods, New York, on April 21, 1966. Her given name is Benita Alexander-Noel. Her mother abandoned the household in the middle of the night in 1982, only weeks before her 16th birthday. Only two years later, Benita's father asked her to leave the house, but she refused and never let it dictate her life.

Benita Alexander-Jeune started her career as a journalist for a few minor television stations. After relocating to New York, Benita worked for NBC and was featured in NBC's documentary "A Leap of Faith" in 2013. She won a slew of honors for her work with the greatest in television reporting, including two Emmys.

In addition to "Dateline NBC" in 1992, "Inside the Obama White House" in 2009, and "ID Now" in 2010, she was vice president of production and director of Efran Films, which produced "He Lied About Everything." She's even narrated "Still a Mystery," a crime-themed television show. She was a co-executive producer on "Breaking the Silence" and "Counting On." In 2019, she directed the Oxygen documentary "Seduced By Evil."

She is now seen discussing her personal life on ABC's 2020 documentary series "The Con," which focuses on what happened between her and Paolo Macchiarini in the past.

To date, Benita Alexander-Jeune has been married twice. Her first husband, John Noel, is an American reporter who was a coworker she married, and they relocated to New York together. In 2003, the couple welcomed Jessina, their first and only child together. However, in 2009, the couple filed for divorce only six years later.

Benita made the news when she started dating Paolo Macchiarini. Alexander initially met Paolo in 2013 while interviewing for NBC's series "A Leap of Faith." Benita fell head over heels in love with her right away and even proposed to her with a $100,000 ring.

They vacationed in Venice, Greece, and other romantic locations, although Macchiarini had been married for 30 years and Benita had no idea. Paolo told her lies, claiming that Pope Francis would officiate their wedding and that Bill and Hillary Clinton, Barack Obama, Elton John, and John Legend, among other luminaries, would be among their guests.

Alexander quickly discovered that the Pope was on an official tour during the wedding day. None of the guests had ever heard of Macchiarini, which Benita couldn't take long and broke off. She eventually determined that the public needed to know the truth about him, documented in the documentary 'He Lied About Everything.'

Edson Jeune, a ballroom dancer, is her second and current husband, with whom she has been married since October 18, 2012.

FAQ: What is Benita Alexander networth in 2020?