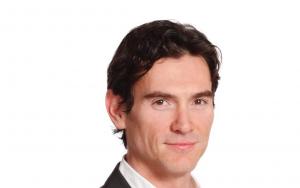 William Gaither Crudup, or, as he is more known, Billy Crudup was born in 1968, July 8 in Manhasset, New York. He has a mother Georgann and a father Thomas Henry. The two got a divorce when Billy was relatively young but then got back together again, thinking that this time the marriage would last. It did not and Crudup's parents went their own ways for the second time. The grandfather from his mother's side is a relatively known lawyer of Florida state. His grandmother from his mother's side got married to a famous Florida bishop James Duncan.

Billy Crudup has 2 siblings, brothers Brooks and Tommy who both work as producers. The family of Crudups left the city of New York when Billy was 8 years old. At first, they all lived in the state of Texas and later moved to Florida. Billy went to Saint Thomas Aquinas High School which he finished in the year 1986. After high school, the actor enrolled in the University of North Carolina. He found his passion for acting during this time and continued his education. He later got his Master's degree in Fine Arts from Tisch School of Arts. One year passed after Billy graduated when he first appeared in Arcadia, a musical produced on Broadway by Tom Stoppard.

A career in the theater was fun and rewarding but the actor still wanted to become a star in one of the movies. During the period from 1996 to 2016 Billy appeared in over 30 different films. The first time he was cast for the movie was in Barry Levinson's Sleepers, a legal crime drama where he played a role of Tommy Marcano. After his first time, he then went on and played various characters in all kinds of movies ranging from comedies to thrillers. In 2006 he got to act alongside Tom Cruise in Mission: Impossible III, a real blockbuster, and a Box Office success. One of his more memorable roles was that of a Dr. Manhattan in Zack Snyder's superhero film Watchmen. This was a relatively successful movie and Crudup was one of the lead characters of the film. His most recent appearance was in an Oscar-nominated Spotlight, a biographical crime drama. The movie is nominated for the Best Picture Oscar and is a real pretender of 2015.

Billy Crudup is not dating anyone at the moment. He had partners in the past – Mary-Louise Parker and Claire Danes but he is no longer with any of these women. The actor has a net worth of about 6 million dollars and his height is 5 feet and 9 inches.

Billy Crudup has 7 wins and almost as many nominations for his work as an actor. In 2000, he won a Paris Film Festival Award for Best Actor. Among his more recent nominations is that of Screen Actors Guild Awards for an Outstanding Performance by a Cast in a Motion Picture. This was in 2016 for the movie Spotlight.

Billy is one of those actors who are hard to describe. He had done a lot of work but it still seems like he has yet to prove himself despite his age. It is highly likely that he will have a couple of more performances that he will be remembered for.

FAQ: How old is Billy Crudup?