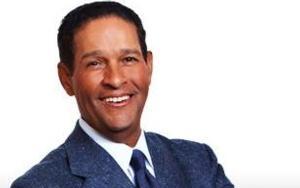 Bryant Charles Gumbel, born September 29, 1948 in New Orleans, is an American TV journalist and also a sportscaster. He is well known for his show, ‘The Today Show’ on NBC but his CV is enriched with some other honorable positions as well such as HBO's acclaimed investigative series ‘Real Sports with Bryant Gumbel’ and ‘GrandStand’ with Jack Buck. The first one even won a Peabody Award in 2012.

Gumbel’s parents were Rhea Alice and Richard Dunbar Gumbel. The latter was a judge while his mother served as a city clerk. Growing up on the South Side of the city, Bryant graduated from De La Salle Institute in Chicago and then got his Russian history degree from Bates College, in 1970.

His first job was in 1971 when he became the editor of Black Sports Magazine. However, he left the following year, signalling the beginning of his television career. More specifically, in October 1972 he was hired as a sports caster for KNBC-TV. A few years later, in 1975 was hired by NBC Sports as co-host of its National Football League pre-game show mentioned above (GrandStand). For about 7 years he kept rising in success, salary and of course fame, hosting numerous sporting events for the network such as the Major League Baseball and the National Football League.

In 1982, Gumbel left NBC Sports to become a member of the Today show and serve as the program's chief sports reporter. His first duty was to contribute features to the program twice a week. After 15 successful years on The Today Show, he went to CBS to host the ‘Public Eye with Bryant Gumbel’ show. Other successful works followed suit over the years including ‘The Early Show’, HBO’s ‘Real Sports with Bryant Gumbel’ and commentary contribution on the NFL games.

What most people don’t know about the renowned sports caster, is that he has made two cameo appearances on movies; the first movie was ‘The Weather Man’ and the second one was ‘Seinfeld’.

Bryant has two kids with his first wife, June who he married in 1973. Their names are Bradley Christopher (born 1978) and Jillian (born 1984). The couple divorced in 2001, when Gumbel wanted to get married to his girlfriend, model and former Goldman Sachs analyst Hilary Quinlan. He, then, married Hilary in 2002 but the two of them have had no kids.

FAQ: How old is Bryant Gumbel?

FAQ: What is Bryant Gumbel networth in 2020?