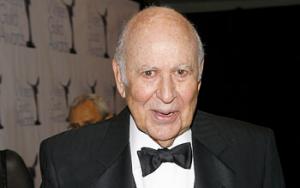 Carl Reiner was known as an American stand-up comedian, writer, director, producer, and musician. He is most famous for his writing and acting on the sketch show, Your Show of Shows and The Dick Van Dyke Show.

Carl Reiner was born on March 20, 1922 in Bronx, New York. His mother's line of descent is from Australia and belongs to Jewish immigrated to USA and father belongs to Romanian Jewish immigrant. His father worked as a watchmaker. From his younger days, he used to be more creative and active than his peers. When he was running around as a teen, he went to participate in a free dramatic workshop, which was conducted by the Works Progress Administration. After taking part there, he realized his potential and future possible life career.

When he was young, Carl performed several jobs. He worked as a sewing machine repairing mechanic. In 1942, he worked in the army. He received training for the role of a radio operator.

Carl Reiner started his career by performing in Broadway musicals including Alive and Kicking and Inside U.S.A. He got the chance to play a role as the main character in Call Me Mister. He was provided a role by producer Max Leibman in 1950, where he acted in Sid Caesar’s Your Show of Shows.

His fame reached a high peak when he acted with Mel Brooks and also for his appearance in Your Show of Shows. He succeeded to make a best-selling album along with Mel Brooks named “2000 years with Carl Reiner and Mel Brooks”. The album received a Grammy nomination.

He is very famous for his role as Alan Brady, where he can be seen in The Dick Van Dyke Show.In 1960, he turned to the comedy world and received more admiration and success. He worked with a team called Brooks, where he appeared in the Steve Allen Show. Carl Reiner subsequently created a television called Head of the Family in 1959. The story was based on his personal life.

He was an equally talented director. He started his directing work with the show named The Dick Van Dyke Show. His first film name is Enter Laughing, which was released in 1967. He has directed films like George Seal, Ruth Gordon, Oh, God, The Jerk, and Where’s Popppa.

Carl was also a published author. His book, My Anecdotal Life became popular among American readers. He has also written comedy books and books in other genres.

Carl won the Prestigious Connor Award in 1980, which was provided by the brothers of the Phi Alpha Tau. He also became an honorary brother of the fraternity. He received the award called Mark Twain Prize for comedy, provided by the Kenney Centre. Carl built up a net worth of $70 million dollars after a successful career in entertainment.

Carl got married to singer Estelle Lebost on December 24, 1943. The couple has three children. Unfortunately, his wife passed away on October 25, 2008.

FAQ: How old is Carl Reiner?