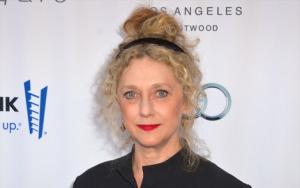 Carolyn Laurie Kane is an actress and comedian from the United States. She rose to prominence in the 1970s and 1980s with roles in films such as Hester Street, Annie Hall, and The Princess Bride, for which she received an Academy Award nomination for Best Actress. She won two Emmy Awards for her role as Simka Gravas, the wife of Latka, the character played by Andy Kaufman, on the television series Taxi in the early 1980s.

Carolyn Laurie Kane was born on 18th July 1952 in Cleveland, Ohio. She goes by Carol Kane as her stage name. Kane is the daughter of Joy Kane, was a jazz singer a pianist and Michael Kane, who worked as an architect for the World Bank. She was born Jewish. Her grandparents emigrated from Russia to fled the Czar’s programs, according to Carol Kane Unofficial Fan Page.

According to T.V. Guide, she lived with her family in Paris, becoming fluent in French. In the Washington Post quote, she lived in Haiti when she was younger until the family settled down in New York City. Her parents decided to divorce when she was 12 years old. According to Carol Kane Unofficial Fan Page, Carol and her older sister Anina remained with Joy. According to the said source again, because of this divorce, Carol began going to a therapist. She went to the same New York psychiatrist for more than 11 years and attended Cherry Lawn School, a boarding school in Darien, Connecticut, until 1965. She went to the Professional Children’s School in New York City. While she was in Professional Children’s School, she made her first professional theatre debut. Her first debut was in the 1966 production of The Prime of Miss Jean Brodie.

She started her career as a theatre artist in the off-broadway in 1966, The Prime of Miss Jean Brodie. In this production, she was co-starring with Tammy Grimes. According to T.V. Guide, Kane debuted on Broadway in a 1972 production of Ring Around the Bath Tub.

As for her television roles, her first notable appearance was in ‘Taxi,’ an American television series. She worked on Taxi for more than two years, from 1981 to 1983. She demonstrated a great deal of performance in Taxi. Her hard work finally paid off when she was awarded two Emmys for her role in Taxi. She was also regularly spotted on the series All is Forgiven, an NBC series in 1986. She also had a role in another NBC production called American Dreamer. In 1984, Kane got an invitation to be a guest role in Cheers as Amanda. She played a lot of cameo roles in the 90s as well. She appeared as a cameo in the 1994 episode Seinfeld, a 1996 episode of Ellen and had a supporting role in the 1996 sitcom Pearl.

Kane has appeared several times on television throughout her career years. First, she was spotted on The Year Without Santa Claus, an NBC production in 2006. In 2009, she appeared in a role in the popular sitcom series Two and a Half Men. In 2014, she signed up for a recurring role in Gotham as Gertrude Kapelput. In 2015, she was cast in Unbreakable Kimmy Schmidt, a Netflix Original series, and played the role of Lillian.

Other than television appearances, Kane also has appeared in movies. She has first seen in the film The Last Detail and could subsequently be seen in many productions, including, The Princess Bride, Flashback, Scrooged and Hester Street. In 1998, she played a voice-role Mother Duck in an animation movie, The First Snow of Winter. She was seen as guest-starring in Man On The Moon in 1999. According to T.V. Guide, she studied Yiddish for her role in Hester Street. In Washington Post, Kane was auditioned six times for the role, four times in English and twice in Yiddish. Finally, Kane was cast for Hester Street. People praised her outstanding performance in Hester Street, and she was awarded an Academy Awards (Oscar) for Best Actress.

FAQ: How old is Carol Kane?

Quick Facts
Help us Edit this article and get a chance to win a $50 Amazon Gift card.
Last Modified: Oct 7 2021
You may also like
articles you may like