HOW OLD IS Chelsea Clinton 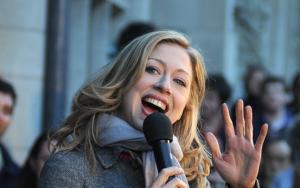 Chelsea Clinton is 42 years and 3 month(s) old. She was born in 27 Feb, 1980. Chelsea Victoria Clinton is an American writer and global health advocate born on February 27, 1980. She is the only child of former President Bill Clinton and former Secretary of State Hillary Clinton, who ran for president in 2016. She worked as a special correspondent for NBC News from 2011 to 2014, and she now works for the Clinton Foundation and the Clinton Global Initiative, including serving on the board of the foundation.

Click here to read the full biography about Chelsea Clinton