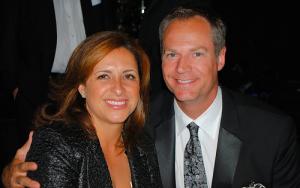 In 2005, Chris Gailus won the New York Regional Emmy Award for presenting the Best Morning newscast. He was also nominated for the Gemini Award for serving as a Best News Host. When working at Lethbridge, he won the CanPro Award for being the Best Small Market Newscast host. In 2015, the Canadian Screen Awards crowned him as the country's best local news anchor.

Chris supports Canuck Place Children's Hospice, BC Children's Hospital, and other organizations that provide treatment and research for arthritis and diabetes. Chris's wife also gives her support and encouragement in adopting animals.

Chris Gailus is an advocate of literacy, and he gives substantial support to Room to Read. This organization lends its support to constructing libraries and educational schools in many countries around the globe.

To give some wise words to his former college, Chris spoke about his career in his alumni address, "Over the past 25 years, I've covered some amazing stories and met the most interesting people. I've lived in Dallas, Texas, and New York City. Since returning to Canada in 2006, I've anchored the No. 1 newscast in BC, where there is never a dull moment in politics, the environment, and transportation. None of it would have been possible without my instructors and mentors' early investment in me at Mount Royal.

If there's one thing that truly stands out about the quality of education at Mount Royal, it's the people. By taking a genuine interest in the lives of their students, they help focus their skills and abilities. The encouragement I received from Al and others (you know who you are!) will stay with me forever. It's why I'm so proud to be a graduate of Mount Royal and an advocate for its programs. I can't wait to see what the next 25 years of storytelling will bring."

FAQ: How old is Chris Gailus?