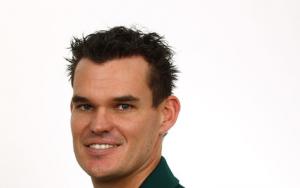 Clint McKay’s full name is Clinton James. He is a former cricketer of Australian origins. He was the member of Victoria side while he played for Australia on both Test and One Day International level. He is a right arm and fast medium bowler and he stands tall with 194 cm. he made the first class debut in Victoria during the year 2006 and afterwards, he took 6/34 for 2nd XI while he forced his way in a One day team when he debuted while playing with Tasmania at MCG. He plays also district club cricket under Essendon.

Clint McKay started to play cricket when he was still young while at Pascoe at Vale Central Cricket club of North West Cricket Association of NWCA. While playing there, he was presented by different accolades and they included playing for NWCA for its junior level. Representing NWCA during the under-21 Neil Wright Shield in 2001-2002, it was his stepping stone before he launched the career at the Essendon Cricket Club in the season that followed.

When he arrived at Essendon Cricket club, it is obvious that they had got a talent. His time with the club, it became obvious that he is a bowling all- rounder. It added to the perception he had when scoring a two well time hundred with a willow. At the start of 2009-2010 seasons, he was given Captaincy for Essendon Cricket Club. On date 21 May 2010 McKay had joined Yorkshire CCC to be the second overseas player to compete in the T20 competition when he was partnering with Herschelle Gibs from South African. In the year 2011, he was bought to attend Indian Premier League by Mumbai Indians at 110,000 dollars. He was playing for Sunrisers Hydrebad for 2013 IPL.

From his biography, Clint McKay started his ODI career in the year 2009 and it was after a number of injuries of Australian bowlers. It was against India and the returned figure was 3/58 and it was from 10 overs while including wicket from Sachin Tendulkar. During 2010, while playing against Pakistan, he got the first award as Man of the Match when he took 4.35 from 9.3 overs. The first international five wicket-hauls were during Sri Lanka in November 2010.

In the year 2013, he took up the ODI hat trick at Cradiff while playing against England. He was able to dismiss Joe Root, Johanathan Troth and Kevin Pietersen but at the end Australian lost the game. He helped Australia in 2014 chase against England while he had a partnership of 57 together with James Faulkner for a 10th wicket that helped Australia to win with 9/244. Clint McKay is not married yet but his girlfriend is Belinda Roberts. There is no information if they are engaged or not. Clint McKay announced his retirement at the age of 33 but there is no record of how much he made as a net worth.

FAQ: How old is Clint McKay?