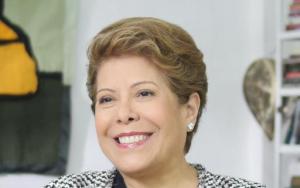 Columba Bush is known for being a huge supporter and wife of former Florida governor, Jeb Bush. She is a philanthropist and served as the First Lady of Florida from 1999 to 2007.

Columba Bush was born in 1953 in Guanajuato, Mexico as Columba Guernica. She is the daughter of Jose Maria Garnica Rodriguez. Her father was a migrant worker and also a waiter for Arperos Guanajuato. Her mother is Josefina Gallo Esquivel and she was born in Leon.

Her parents got married in the year 1949 but her father abandoned the family when she was only 3 years old. When her father left, the family remained in the city of Leon and the divorce of her parents was finalized without any signs of possible reconciliation.

Columba explained to the Washington Post how it felt to dealt with the divorce of her parents at such a young age, “When my parents divorced, it was a really big deal for their families and friends. To get divorced in the sixties in Mexico was a sin.”

Columba went to the Instituto Antonia Mayllen and which is a private Catholic school located in a historic center at Leon. It was there that she met with her future husband Jeb Bush in the year 1970 when she was only 16 years old and when he was 17 years old.

Bush started to teach English as a second language and she was assisting in the building of the school in a small nearby village in Ibarrilla. Jeb was the part of the class of Andover and it was called Man and Society.

Columba Bush got married to Jeb Bush in the year 1974 and the wedding took place in Texas. It was held in the chapel of the Catholic Student Center on the campus of the University of Texas. At the time of the wedding, she was not able to speak English, so a part of marriage ceremony was conducted in the Spanish language.

When she was the First Lady of Florida, she was at the front and advocate for the Florida Coalition against Domestic Violence and the Center of Addiction and Substance Abuse and for the Arts For Life and the Group. The Arts group gives scholarships to the young artists around the state. Columba Bush has been active when it comes to promoting arts.

In the year 1999, she worked for the Arts of Complete Education in Florida Alliance of Arts Education called ACE/FAAE in order Arts for Life. This is the program that it is devoted to increasing the importance of the arts for the education system.

As the first Lady, Columba Bush put together art exhibitions that focus on famous artists like Salvador Dali, Florida Kahlo, and Diego Rivera. Bush is active member of programs that warns people about dangers that are caused by the drug abuse. She has worked on the treatment and also on the prevention of drug programs like National Institute on the Alcohol Abuse and Alcoholism, better known as NIAAA.

FAQ: How old is Columba Bush?