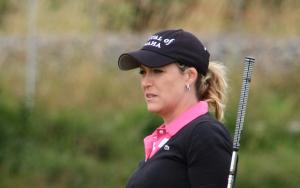 Cristie Kerr is a professional golfer from the United States who competes on the LPGA Tour. She has 20 LPGA Tour victories, including two major tournaments, and has earned more than $19 million in her career. In 2010, Kerr was the top-ranked golfer in the Women's World Golf Rankings for three consecutive months. She is naturally left-handed, although she prefers to play golf with her right hand.

At the age of 18, she became a professional, and after becoming a graduate, she played for the Futures Group and the Players west tour. In October 1996, there was a tie for, and she stood sixth at the LPGA qualifying tournament to get the exempt status for 1997. Although her LPGA career started slowly, she came in the top fifty in the money list in her third season in 1999. She did not win till her sixth season. In 2002, she won first time in the LPGA event at Longs Drugs Challenge in California. By 2004, she was a leading player on tour, and she had three tournament victories. She had also won two tournaments in 2005 and moved to be third on the money list. She had a tie for being second at the2000 U.S. Women's Open. Her first win in2006happened at Franklin American MortgageChampionship here.

In 2006, she became the only American to win three times on the LPGA tour. She also won the 2007 U.S women's Open; this was her first major championship. She was also a member of the United States Solheim Cup Team in the year 2002.

Her hobbies are cooking, fishing, wine collecting, working out, and watching movies. She is also a Sommelier for her wine, Curvature, completely donated for breast cancer research.

She may not be the most elite athlete globally but does have a problem with extra weight. The highest weight for her was 185 pounds. She gives credit to Fruits and vegetables as the reasons for her weight loss.

Erik Stevens is also an ice hockey player and has even played semi-professionally with some people like Glenn Anderson. However, she says that she can't play golf with her husband. The couple moved into their new home in 2006. This was a custom-made house that was about 80 percent finished when they bought it. After this, they gave it their touch and got it finished.

She won in the 2006 Canadian Women's Open. This win was inspired by a "Lucky Quarter." Al Eagleson gave this. He is the Husband of Barb Eagleson; Barb later died because of breast cancer, and Kerr donated $5000 in her name. This money was donated to London Regional Cancer Center. In 2009, she started the Cristie Kerr Women's Health Center, which provides detection, support, healing, and recovery for breast cancer patients.

Kerr received the 2006 LPGA Komen Award from the LPGA and the Susan G. Komen Breast Cancer Charity for her dedication to finding a cure for breast cancer through the Birdies for Breast Cancer Foundation that she started. Kerr gives $50 for each birdie. She has earned over $750,000 through contributions and an annual charity event as of August 2009. Kerr established the charity in memory of her mother, Linda, who has inspired her throughout her life. Her mother, Linda, was diagnosed with breast cancer in 2003, and the organization was founded in her honor. Kerr also launched Curvature Wines, a non-profit that raises funds for breast cancer research. The 2006 Curvature Wines cabernet sauvignon is available at all Trump resorts.

FAQ: How old is Cristie Kerr?