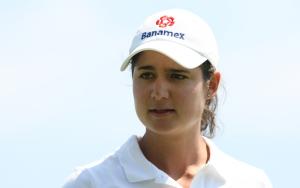 Born on November 15, 1981 to father Javier and mother Marcel in Guadalajara situated in Jalisco, Mexico, Lorena Ochoa Reyes spent most of her childhood days growing up with her two older brothers and a younger sister in Guadalajara. Her interest in golf was ignited at a very young age of five and just after one year of picking the game she went on to win a state event. She also won a national competition at the tender age of seven. She was tutored by the professional golfer Rafael Alarcon at the age of eleven. She went on to participate in the Junior World Golf Championship and won five titles in it. She attended the University of Arizona and was able to get a golf scholarship.

In the year 2010, she went on to play her last tournament Tres Marias Championship, after which she took retirement at the age of 28. She returned for a brief time in the year 2012 and participated in the Lacoste Ladies Open de France. She also participated in the Lorena Ochoa Invitation. She is known to have a smooth and almost perfect golf swing.

Talking about her family, she is married to Andres Conesa since 2009. Her husband Andres is a top executive at AeroMexico. Ochoa and her husband are proud parents of a son named Pedro. Ochoa also established a school for children in Guadalajara named La Barranca. According to her biography, her net worth is 15 Million Dollars.

FAQ: How old is Lorena Ochoa?