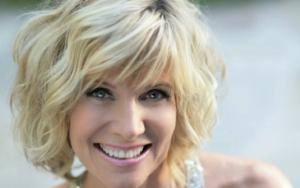 Debby Boone is known as an American singer, actress, and writer. She is most famous for her hit single You Light Up My Life and winning the Grammy Award for Best New Artist.

Deborah Anne Boone was born on September 22, 1956 in Hackensack, New Jersey. Debby was the third amongst the four children born to a famous singer and actor, Pat Boone. Her mother, Shirley Foley Boone was also a singer. She is also the grand-daughter of singer, Red Foley. Boone was just 14 years old when she started her singing career with her parents and three sisters. She had two elder sisters, Cherry and Lindy and one younger sister, Laury

Deborah married Gabriel Ferrer in 1979. Gabriel is a priest and the son of Jose Ferrer. He is also the cousin of the famous actor, George Clooney. Debby has four children with Gabriel named Jordan, Justin, Gabrielle, and Tessa. They started dating in 1977 when her music career was blowing up. The only problem Debby had while dating Gabriel was that she was used to dating older men and Gabriel was quite younger than her exes.

When he proposed to her, Debby got freaked out of and ran to Lake Tahoe to think about it. Gabriel followed her to the Lake and she eventually said yes. They were engaged for nine months before the marriage. Debby said that Gabriel is a very great help for her. He cooks, takes care of their children, cleans the house, and manages most of their decisions.

When asked about how she was able to manage four kids and a career, she said that she has a partner in her life, who is very committed to their relationship and takes care of the children, when she is not around.

FAQ: How old is Debby Boone?