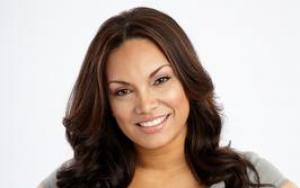 Egypt Sherrod is an American radio and TV personality most known for her real estate background. Sherrod prides herself on being multi-dimensional as an author and philanthropist. Sherrod also flexed her entrepreneurial muscles by founding the Egypt Sherrod Real Estate Group, trying to leave no stone unturned. She is considered by many to be America's most beloved real estate agent. She has appeared in many American television programs like "The Maury Show," "The Black Carpet," and "Home Delivery." She has parlayed her real estate knowledge and experience into TV hosting jobs. She has hosted HGTV's "Property Virgins" for 12 highly rated seasons. The long-running show has produced over 250 episodes. HGTV values Sherrod so much, they gave her another job to host a new series on real estate called "Flipping Virgins."

In Philadelphia on November 16, 1976, Egypt Sherrod was born. As a child, she dreamed of having a closet that was larger than her bedroom because she grew up in a house with her grandparents in which her room could fit only her bed.

She received a Bachelor of Arts degree in radio and telecommunications from Temple University. Additionally, she studied drama at New York University's Tisch School of the Arts. For example, she is a Master Certified Negotiator, an Accredited Buyer Representative, a Certified Residential Specialist, a Certified Distressed Property Expert, and so forth.

Sherrod's book "Keep Calm… It's Just Real Estate: Your No-Stress Guide to Buying a Home" has been on top of the bestseller charts. The NAACP (National Association for the Advancement of Colored People) nominated the book as their favorite selection. In the book, Sherrod offers her expert advice on navigating through the sophisticated and complicated process of buying a home or property. She lists everything from the starting steps of saving for a down payment to the final stage of getting your ownership of the property.

Sherrod has interviewed many celebrities such as Oprah Winfrey, Prince, Leonardo DiCaprio, Martin Scorsese, Russell Crowe, Will Smith, Jay-Z, Beyoncé, John Travolta, Mariah Carey, Janet Jackson, and Jamie Foxx, among many others. Being an expert in her field has given her access to many famous people. Sherrod regularly contributes to the "Atlanta Magazine" as a real estate columnist. With so many publications seeking Sherrod's expertise, it's unlikely that she will ever run out of work.

Sherrod was born in Philadelphia, Pennsylvania. She ended up getting her Bachelor's degree in her home state. She graduated with a degree in Broadcasting and Telecommunications from Temple University. She also studied theatre at NYU's Tisch School of Arts. It's interesting how Sherrod's schooling led to her eventual career in real estate consulting.

During her career, Sherrod received many awards. One significant achievement was the "Executive to Watch" Award from NABFEME. On the "Power Players on the Rise" list, she bagged 2nd position. In 2012, she starred in the "Life, Love, Soul" program. Egypt has also relied as the "go-to girl" for real estate commentary on multiple networks, including NBC, CNBC, FOX, CNN, and HLN. The television spots are not enough for her, as she has been all over print publications like Rolling Stone, Black Enterprise, Fast Company, and a host of many other magazines.

FAQ: How old is Egypt Sherrod?

FAQ: What is Egypt Sherrod networth in 2020?