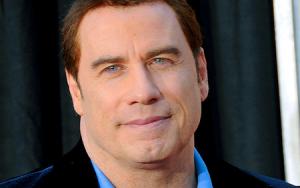 John Joseph Travolta is an American dancer, singer and actor. He is well known for his works in ‘Welcome Back, Kotter’ and ‘Saturday Night Fever’. He is also a producer, writer and a pilot. John’s first notable girlfriend was Diana Hyland, an actress. The relationship ended in 1977 when Hyland died of breast cancer. Later in 1991, he married Kelly Preston, an actress. They have three children together. Just after their third son was born, the couple attended marriage counseling. A few months later, John stated that the counseling is working perfectly and has helped his relationship. He is now living with his wife and three children.

There was a lawsuit against him on the basis of sexual assault by a masseur. His lawyer dismissed the case stating that it is a complete fiction. Later, another masseur also joined the claim with similar charges. Subsequently, both the complainants dropped their case and did not comment on the reason and the case was dismissed.

Later, in 2012, a pilot, Doug Gotterba announced that John is his gay boyfriend and they had an affair for six years. Doug mentioned that they had a sexual relationship. At the initial stages, John persuaded Doug to be in the relationship and Doug had to put up with that because working for him was very lucrative. There was a video of John and Doug in a hotel room.

Later, Doug got turned off by John’s enormous hairy growth and weight gain over the years. Soon after the rumor got wings, Doug sued John stating that John’s lawyer sent him a threatening letter. He filed a case stating that he was never bound by any agreement that prevents him from talking to the media about the relationship.

Later, a cruise ship worker also claimed that John had sexually assaulted him. As per his report, John exposed himself and offered to pay him 12 thousand dollars to have a quite incident. He also produced a video of the same. As he failed to mention any of the sexual details, the suit was dismissed.

Robert Randolph, the author of ‘you will never spa in this town again’ was sued by John as he was tagged in his book as visiting gay bathhouses frequently. John and his lawyer stated that he suffered from mental problems and his book is a pack of lies. The author sued the actor for spreading wrong information about his mental health.

After the male masseurs and the pilot issue, John stopped being in the public. He avoids most of the functions and also even if he attends a few, he is not seen with other actors. He has not commented on any of these cases.  Kelly has also not commented about her husband’s sexual scandals.

These scandals did not have powers to push their relationship to divorce. In 2014, they were seen together in matching color at the 11th Annual living legends of Aviation awards. Their 22 years of marital life has seen a lot of falls like his gay rumors and the death of their son, Jeff in the year, 2009.

FAQ: How old is John Travolta?

FAQ: What is John Travolta networth in 2020?