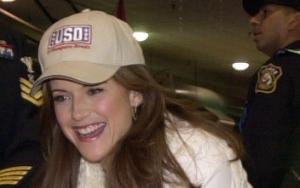 Kelly Preston was known as an American actress and model. She was most famous for her role in Jerry Maguire.

Kelly Preston had the most success in her acting career during the 1980s with releases like Twins and Mischief. She is mostly known for her role in the Tom Cruise film, Jerry Maguire.

In 1985, Kelly Preston was married to Kevin Gage. She got separated from him two years later in 1987. She was in a relationship with George Clooney. George presented her with a pet pig, which was named Max. When they got separated, he took the pig with him.

She then started dating Charlie Sheen who would later become a huge star on the sitcom, Two and a Half Men. After dating for some time, Kelly and Charlie got engaged. Their engagement broke when he shot her in her arm. The Charlie Sheen shooting incident was very famous in 1990. The couple having a fight in a closed room and there was a gunshot. Kelly was hurt on her hand and the rumor spread the Charlie shot his girlfriend.

She met her last husband, John Travolta in 1987 on the sets of ‘The Experts’. They tied the knot in 1991 when they went to Paris to get married. This marriage was not accepted in America because it was performed by a Scientology minister. They then got married in the same year in Florida.

In 2012, Doug Gotterba, a pilot announced that he and John had a sexual affair for six years. Doug said that John persuaded him to have a relationship with him and Doug accepted initially. Later, Doug wanted to end the relationship because of his weight gain. He also said that he had a video of them together. John was also included in a lot of other gay related rumors and scandals. He was sued by a ship worker and a male masseur that claimed John sexually assaulted him. Kelly never commented on any of these rumors of her husband's behavior. They attended a number of counseling sessions and the couple announced that the counseling worked for them. In 2013, it was reported that Kelly had planned to file for a 220 million dollar divorce but it never got off the ground.

After their son died, Kelly spent four years taking care of their daughter and also had another son. Kelly planned to return to her job because she felt insecure being in the house when John was rumored to be gay. They planned to leave Florida and move to Los Angeles so that she could start her career at ABC. She shot a pilot and sent it to ABC for review. When she got a gig, John refused to move with the kids to Los Angeles and told her to drop her gig. John tagged her as an absentee parent and asked the court for full custody.

On July 12, 2020, Kelly passed away after fighting breast cancer for two years.

FAQ: How old is Kelly Preston?

FAQ: What is Kelly Preston networth in 2020?