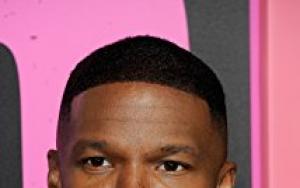 Jamie was adopted shortly after his birth, and he spent his youth in the black neighborhood in Terrell. He started playing the piano when he was just five-year-old, and when he was a teenager he used to play in the “Terrell’s New Hope Baptist Church”, where he was also the choir leader. Jamie attended the “Terrell High School”, where he played basketball and football, while also receiving top grades. He received a scholarship to “United States International University”, and he decide to study classical music and composition.

Jamie always had a very extroverted personality, while being also funny and brilliant, so it has been natural for him to find his path as a comedian. In 1991 he joined the cast of “In Living Color”, in which he portrayed the role of “Wanda”. In the next year, in 1992, he entered in the cast of the TV series “Roc”, and he played his first role in the movies in the comedy film “Toys”. In 1994 he produced his first musical album “Peep This”, and from 1996 to 2001 he starred on his own sitcom “The Jamie Foxx Show”.

FAQ: How old is Jamie Foxx?