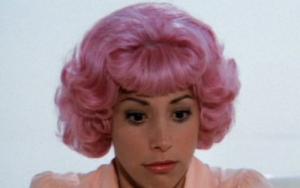 Didi Conn is American actress and plays for television, stage and film. She was born in New York, a place called Brooklyn in the year 1951. Her father was a clinical psychologist.  Conn started to act in the year 1960 she played in different roles from that time and she became prominent afterwards. She played in You Light Up My life movie   as Laurie Robinson. She was Frenchy in the feature films, Grease and Grease 2. On The practice, she was Helen and Denise Stevens Downey in Benson. She was Stacy Jones with Shining Time Station. Conn was the voice behind Raggedy Ann for the animated feature film called Raggedy Ann and Andy: A Musical Adventure. Its director was Richard Williams. She has a voice that became one of her trademark and she appeared in the celebrity guest on the game shows called Match Game, Chain reactions, $20,000, $25,000 and $100,000 Pyramids and also Go. In the year 2013, she was Pearl in A Heap of Livin’ Play by Elliot Shoenman and played at The Odyssey Theater of Los Angeles.

Didi Conn’s son suffers autism. In the year 2008, she was named as the spokesperson of Autism Speaks. Before that time, she was a spokesperson for National Alliance for Autism Research and now it has became the part of Autism Speaks. She performed for the benefits of the Foundation to educate Children who suffer Autism known as FECA.  In the year 2008, Conn performed together with David Shire with Lynne Wintersteller for the benefit performance. They were performing in New York, a place called Nyack for President Barack Obama.

Didi Conn used Didi as a childhood nickname. She went to Midwood High School and her brother is Richard Bernstein who is an opera singer. She got married to Frank Conn in the year 1975 but they divorced in the year 1978. She is married now to David Shire from the year 1982. Shire is a composer and they have a son together, the one who was diagnosed to suffer autism. She is the stepmother of Mathew Shire who is a screenwriter in Los Angeles.

Didi Conn’s son is called Danny and she was considered for the role as OIive Oyl in Popeye. She was about to read a role of Rizzo in Grease movie, however, the producers decided to give her the role of Frenchy. She studied mime together with Tony Montanaro during the first year of Celebration Mime Theatre.  In the year 2003, it was said that she was one of the driving force behind the planned third crease film and she was already featured in the two first movies where she was Frenchy.  She is executive producer for animated series of the children known as Didi Delightful and it introduces a recurring character who suffers autism.

While Didi Conn was playing Frenchy, her friend Olivia Newton John was playing Sandy.  They met again in Flamingo Hotel and Casino based in Las Vegas and it is one of the residencies of the former star of the show.  The two sang to the track of the movie known as Summer Nights.  They were wearing the similar clothes as the ones they worn during the show.

FAQ: How old is Didi Conn?