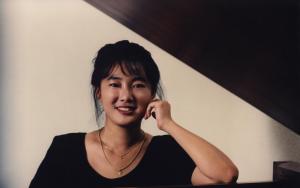 Eileen Hsieh is a Chinese journalist, who was born and brought up in Taiwan. She is fluent in Mandarin and English.

Eileen Hsieh started her career at CNN in the year 2000. She specializes in International news. She is host of the show ‘Chinese Weekly News Review’ at CNN. During her stint at CNN, she has reported on the Iraq war in 2003, the United States presidential election coverage in 2004, and the execution of Iraq leader Saddam Hussein in Baghdad. She also covered the 2008 anarchist unrest in Athens Greece. She has also reported on international news events including the sudden death of pop icon Michael Jackson, his memorial service, the Chile earthquake, and the storms in Europe. She also reports on the breaking news stories and current affairs in the South East Asian region.

Eileen Hsieh launched the first ever Chinese news program at CNN in the year 2009. The show featured mandarin characters. The program had a weekly news review that was also featured in CNN.com. During her career at CNN, Eileen has received two Peabody Awards for excellence in Journalism.

Quick Facts
Help us Edit this article and get a chance to win a $50 Amazon Gift card.
Last Modified : Mar 26 2016
You may also like
articles you may like