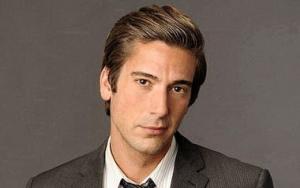 David Muir was born on November 8, 1973 in Syracuse, New York. David Muir began broadcasting when he was just a kid, from inside a cardboard box in his family’s living room. He used his allowance to buy a cassette recorder at Radio Shack so that he could interview his sister’s friends. Muir says that when he was growing up “I was the kid who would excuse myself from the backyard and go in and watch Peter Jennings. I was drawn to him. And I don’t think at twelve or thirteen you can put into words why you’re drawn to a particular journalist, but Peter’s curiosity was infectious. He seemed to be the one who was having a conversation with America every night.”

Muir graduated from Onondaga Central Junior-Senior High School in May 1991. Muir then attended the Roy H. Park School of Communication at Ithaca College where he majored in journalism and also earned a minor in political science. He received his Bachelor's Degree in Journalism in 1995. He also studied at the Institute on Political Journalism in Georgetown and interned at the Department of Health and Human Services. While he was in college, Muir spent a semester studying abroad at the University of Salamanca in Spain. Muir believes it was that experience that enabled him to conduct a town hall entirely in Spanish with Pope Francis in 2015.

Muir has not had any high profile relationships in the public which has led to speculation about his sexuality. Gossip about him being gay started after he was seen spending a lot of time with the journalist, Gio Benitez. The two men, who are close associates, were spotted at various gay bars. To quiet the gay rumors, Muir revealed that he had a crush on Kelly Ripa. Without any confirmation from David about his relationships, it can only be assumed that he is keeping relationships private to focus on his career.

While studying journalism in college, Muir interned at WTVH-TV, which is a CBS affiliate and later he was hired to anchor the weekend news show, while he was still studying in college. He worked at the station until the year 2000 and then moved on to WCVB television located in Boston where he won the regional Edward R. Murrow Award for investigative reporting. Muir reported from Jerusalem, Tel Aviv, Israel, and the Gaza Strip following the 1995 assassination of Israeli Prime Minister Yitzhak Rabin and he was voted one of the "Best Local News Anchors" in Syracuse. He later joined ABC News as the anchor for the program ‘World News Now’, which is an overnight news show.

In 2011, he was made anchor for the weekend newscasts and the earlier World News show, which was renamed as ‘World News with David Muir’. Due to his high popularity, he was promoted to co-host the show 20/20 with Elizabeth Vargas. He was also the main substitute anchor for the show World News with Diane Sawyer in which his series ‘Made in America’ was nominated for an Emmy and later became a mainstay on the show. On June 27, 2014, ABC News announced that Muir would succeed Diane Sawyer as the anchor and managing editor of ABC World News.

FAQ: How old is David Muir?