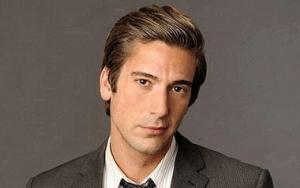 Muir has reported on breaking news all over the world during his broadcasting career. He has anchored live coverage for events at Newtown in Connecticut and he was also the first American reporter to cover the famine in Mogadishu, Somalia. He also reported on the Egyptian revolution, the earthquake in Japan, the mass shooting at the Aurora theatre, and the shooting involving Congresswoman Gabrielle Giffords. In 2005, Muir reported from inside the New Orleans Superdome as Hurricane Katrina hit. Muir stayed in New Orleans to report on the unfolding humanitarian crisis. In 2016, Muir released a year-long report on the opioid crisis in America and was awarded a CINE Golden Eagle Award for his reporting.

Muir has received many awards and recognition during his career including the Radio-Television News Directors Association award of ‘Best Enterprise Reporting’ and ‘Best Television Interview’. He was also awarded the ‘Best Local Newscast’ honor by the Syracuse press club and voted as one of the best Local News Anchors in Syracuse. He has also won the Edward R. Murrow Award for investigative reporting, the National Headliner Award, and the Associated Press Award. Muir has also reported on sports events which include the Winter Games in Vancouver held in 2012 and the Summer Olympics in Beijing in the year 2008.

Muir received the New York State Broadcaster’s Association’s 2018 Broadcaster of the Year Award, joining ABC News personnel Barbara Walters (2007), Charlie Gibson (2010), and the late Peter Jennings (2005) as notable recipients of the honor. In accepting the award Muir had this to say “If we just remember who this newscast is for – it’s for the people across this country in a polarized time, we have to find a way every single night to signal to them that we hear you… that we are doing this job for you. We are asking these questions for you. And I think that they sense that in their gut.” The New York State Broadcaster’s Association is famous for fighting on the behalf of broadcasters including opening New York’s courtrooms to broadcast television coverage, putting broadcasters on equal economic footing with newspapers, and defending the confidential sources of broadcast journalists. David Donovan, President of NYSBA, says, “David Muir represents the best in broadcasting not only in New York but around the world. His journalistic integrity provides a guiding light and stands in stark contrast to the cacophony of opinions that often parade as facts in today’s world. We are deeply honored to recognize David’s outstanding achievements.”

Muir has been with ABC News since 2003 and has served as the sole anchor and managing editor of ABC’s World News Tonight with David Muir since September 2014.

According to Nielsen Media Research, ABC's "World News Tonight," anchored by David Muir, was the most-watched newscast in America in 2018, for the second year in a row. It was the first time "World News Tonight" won back-to-back seasons in twenty two years, when Peter Jennings sat at the ABC desk.

FAQ: How old is David Muir?